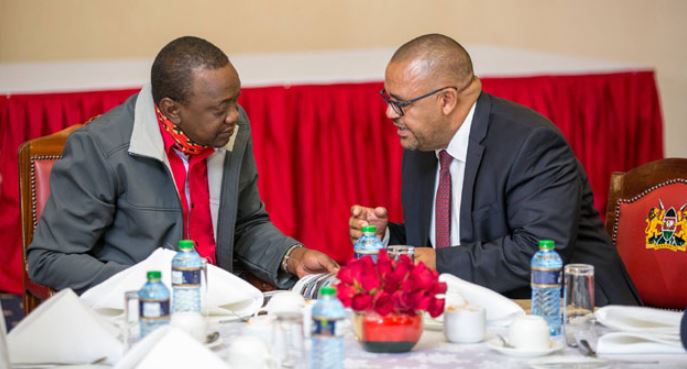 The Matatu Owners Association (MOA) has called on President Uhuru Kenyatta to order a lifestyle audit on traffic officers across the country. MOA Chairman Simon Kimutai noted that traffic officers had turned the country roads into corruption highways and the government must contain the vice.

He added that the country should adopt the best practices in the world by removing static traffic police roadblocks.

“We don’t need static traffic police officers whose work is to flag down vehicles to only demand for bribes. What the country requires is simple traffic patrols on the Kenyan roads,” he said.

The MOA chairman was speaking during the opening of South Rift luxury shuttle offices in the Kericho town. He further warned passengers to brace themselves for hiked fares due to 16 per cent Value Added Tax (VAT) on fuel.

To address the skyrocketing fuel prices, Kimutai called on the State to consider selling its oil finds from Turkana County in the local market.

“Once the oil is refined, we hope that it will not be exported but consumed locally and pass the saving to the local motorists,” he said.

Kimutai also wants a crackdown on owners of saloon vehicles who have encroached into Matatu business.

“The business is being conducted in broad daylight since the owners of the Toyota Wish, Probox, and other saloon vehicles have even set up areas in major town where they pick and drop passages,” he said.

He cautioned travelers against boarding such vehicles since they are not insured to operate as Public Service Vehicles (PSV).

“In case of an accident, an accident victim may not be compensated by the insurance company for injuries or death,” he said.

Former TV Girl Kamene Goro Reveals The Number of Men She has Slept With < Previous
Hilarious Meme Compilation (Wednesday August 29) Next >
Recommended stories you may like: