At least 4000 Buildings Earmarked for Demolition in Nairobi 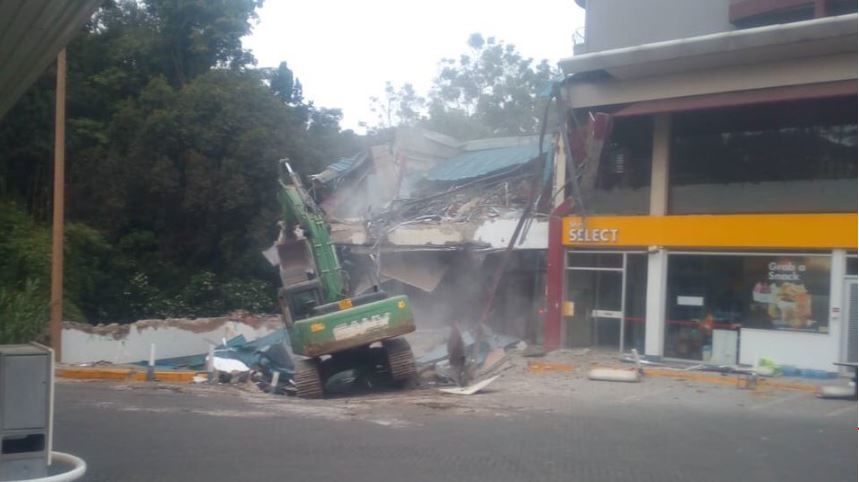 Monday’s demolition of Java coffee house within the Shell petrol station in Kileleshwa was just the tip of the iceberg as the Nairobi Regeneration team has earmarked about 4000 buildings for demolition in an operation to clear illegal structures built on riparian land.

The operation by the team appointed by President Uhuru Kenyatta last December is expected to take two months.

Nairobi Central Business District chief Julius Wanjau, who is in charge of the operation, said the owners of the buildings had been issued with three months and extra seven days notices to vacate.

“We are going to continue with demolitions until we reach the National Museum. Then we will move to Gikomba, Ruai and Nairobi West,” Wanjau said.

The official acknowledged that bribery was the major challenge he and his officers face in executing the demolition order.

“I am being called by strange numbers telling me to stop this exercise so that we can talk. I am receiving money on Mpesa from new numbers and I’m forced to send back,” he said as quoted by the Star.

Wanjau added that a budget has been provided for the operation and a team of 80 armed police officers and 100 city county inspectorate officers have been attached to the demolition team to provide security.

Some of the contested buildings that have been mapped and marked for demolition include the Ukay and Westgate shopping malls in Westlands, according to Nema Communications officer Evan Nyabuto.

However, the owners have since obtained court orders stopping the authorities from proceeding with demolitions.

Other structures include Godowns opposite the Kamukunji police station and five flats.

Committee chairperson Kareke Mbiuki said Monday that owners of the structures built on the river banks have been summoned to appear before the committee next Monday.

Mwanaisha Chidzuga and Danson Mungatana Blessed With Fourth Child < Previous
Why Victor Wanyama Could Be on his Way Out of the English Premier League Next >
Recommended stories you may like: