Iranian Ambassador to Kenya on Why He Never Comments on Kenyan Politics, Love for Mukimo, and More 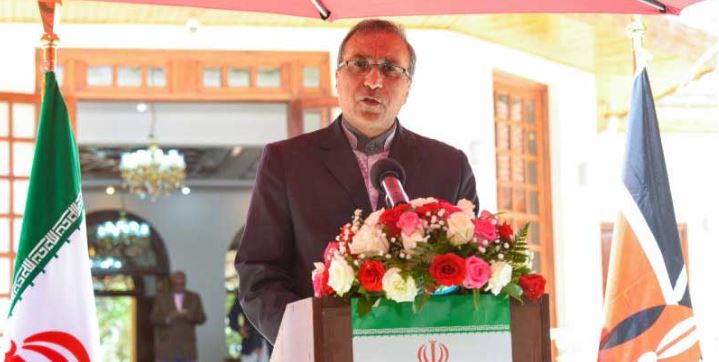 Hadi Farajvand, the Iranian ambassador to Kenya, has been making headlines for the wrong reasons recently. One month ago, he was on the spot after a vehicle he was driving got involved in an accident in Westlands, Nairobi.

In March, three MPs accused Farajvand of trying to irregularly influence the release of two of his countrymen convicted of terrorism-related charges.

MPs Charles Kilonzo (Yatta), Richard Tongi (Nyaribari Chache), and Dido Ali Rasso (Saku) claimed the envoy was using unorthodox means to secure the release of Ahmad Abolfathi Mohammed and Sayed Mansour Mousa, who were arrested in June 2012 and convicted of smuggling explosives into the country. They wanted Farajvand to be recalled.

But according to Farajvand, the embassy did what’s in the best interest of its citizens.

He spoke to NaiNotepad about the case, explained why he never comments on Kenyan politics and his apparent love for Mukimo.

As an ambassador, I hold a diplomatic mission, and based on international norms and regulations, I have to avoid any interference in internal affairs of Kenya, including political issues.

Maybe there are some diplomatic missions which sometimes comment on politics in Kenya, but it’s not in line with internationally accepted rules and norms.

You were recently accused of meddling in terrorism cases…

Ambassadors have a big role to play when assigned to specific countries.

In the case you are alluding to, the families of the two men who were convicted channelled money meant for legal representation for their kin through the embassy.

As an embassy, we assisted them to get lawyers and in a legal process open to anyone, that is the role of any ambassador the world over, which is to ensure the interests of their citizens are taken care of, and as such, we did not do anything wrong or breached diplomatic regulations and norms.

In several ways: First, we should deal with the ideology and thought that produce radicalism. This is the flight that if ignored in our plan, we lose the fundamental aspect of the problem and as result, even if radicalism is suppressed in one place, it will easily erupt in other places.

Radicalism cannot survive without political, financial and logistical support. The second important issue, therefore, is to cut these channels by dealing with those who assist these groups. In today’s international politics, it is not difficult to find out who is supporting these groups.

But unfortunately, some countries use these extremist terrorist groups to achieve their political objectives, without caring about the consequences on international peace and security and the lives of innocent peoples that are lost.

Countries that don’t support these groups may end up suffering in areas such as trade relations and interests for keeping silent and taking no action to put pressures on states that support radical groups to stop their terrorist acts. 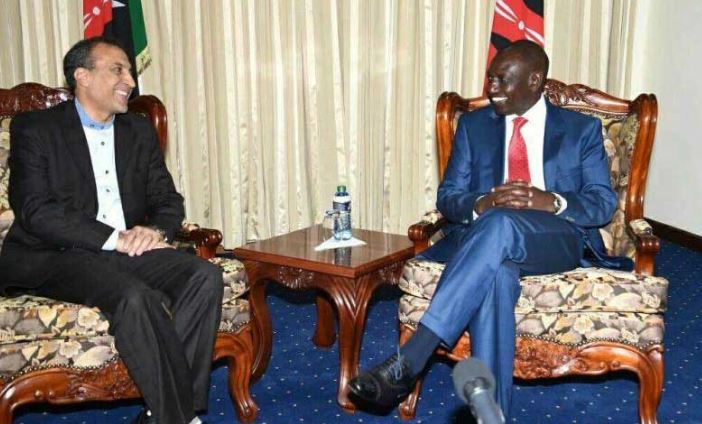 What do Kenyans do in Iran?

There are very few Kenyans living or working in Iran. Besides diplomatic missions, there are some Kenyan students in Iranian universities and a few businesspeople who travel to Iran.

Recently, we had some Kenyan investors in Iran. We need more Kenyans in Iran to familiarise themselves with capacities and opportunities there.

Diplomacy has its own difficulties. It creates a lot of pressure and stress sometimes. If you can do something good for your country, it gives you a sense of accomplishment, but if you cannot achieve your objectives, it can be boring.

This job is dynamic and full of unprecedented and exciting events which overall make it interesting.

What is it about the Middle East that the world does not understand?

The Middle East has its complexities that make it very difficult for outsiders to fully understand.

These complexities stem from historical experiences, religion, race, and language. The Middle East has been hosting different old and ancient civilisations. Most of the world religions have their origin in this small area.

In addition, the exploration of oil and other hydrocarbons in the 19th century put this area in the middle of foreign power attention and their political intervention added more complexities, causing conflicts and tensions.

Have you tried any Kenyan dishes?

When I travel around Kenya, I sample local dishes. I do this also in restaurants in Nairobi.

Nyama choma, kuku choma, mukimo and chapati are my favourite local dishes. At home, however, I usually eat our traditional dishes.

What will the Middle East do when its oil reserves are depleted?

The Middle East can produce and provide oil to the market for at least another 100 years.

There are a lot of new oil and gas resources that have not been explored and identified yet.

Every month, we receive news that new sources of oil have been discovered in the Middle East.

What did Iran do to establish a first-class health sector?

It has a long history that I believe Kenya can get some useful lessons from.

About 50 years ago, we had to employ thousands of doctors from India and others from eastern Asia, because our universities couldn’t produce enough.

At the same time, hospitals were used as part of the ministry of health universities to educate and train students.

With this and other initiatives, we were able to overcome all shortages and advance our health sciences and technologies.

You recently moved offices from Kilimani to Lower Kabete. Why?

We moved to Lower Kabete two years ago because the land is expansive. In fact, Kenya’s first president Jomo Kenyatta gave the land to the embassy 50 years ago and it was a great honour to us.

Have you ever used matatus in Nairobi?

Unfortunately, I haven’t travelled in a matatu yet, but my son used to travel in them to university. He used to share his experience which I found to be very exciting. I think I have to experience it myself soon.

What does Iran import from Kenya?

Iran imports mostly tea from Kenya. Some consignments of Kenyan tea are exported directly from Kenya to Iran, but a majority is sourced through Dubai.

In fact, there is a huge opportunity to increase the volume of Kenyan tea export to Iran, even through re-exporting to central Asia and CIS (Commonwealth of Independent States) countries, since Iran is a gateway to that region. We consume 120,000 metric tonnes of tea, with 100,000 metric tonnes being imported annually.

Every time I take a break to Iran, I get asked for Kenyan tea because it’s the best. Other Iranian imports major imports from Kenya include condensed pineapple juice, tropical fruits, rose shrubs and a number of living plants.

What do we need to do to improve our leather sector in Kenya?

The leather industry in Iran dates several hundred years back. We use very advanced technology and accordingly, and as such leather products are an important component of Iranian exports.

Kenyan companies can seek partnerships with Iranian businesses to benefit from knowledge and technology transfer and possibly investment in the leather industry locally.

Because raw materials are readily available in Kenya, the government of Kenya should encourage investments and offer incentives for Iranian businesses to set shop in the country.

How do you spend your free time?

I love sports and exercising. I study a lot and love going to picnics with friends and my family. Sometimes I travel to other parts of Kenya.

When I’m not engaged with office work, I prefer doing things without the help of aides, including drivers, because they too have families to attend to.

If you were to leave Kenya today, what will you miss?

I would mostly miss the weather and beauty of geographical features.

I have traversed the country and been taken in by the beauty of places like Marsabit, Naivasha and the coast where we have some projects. I will also miss the friendship and relationship I have developed with many good Kenyans.

The Funny Pics/Memes Going Viral on Kenyan Social Media < Previous
Vera Sidika’s Advice on Getting a Good Boob Job Next >
Recommended stories you may like: