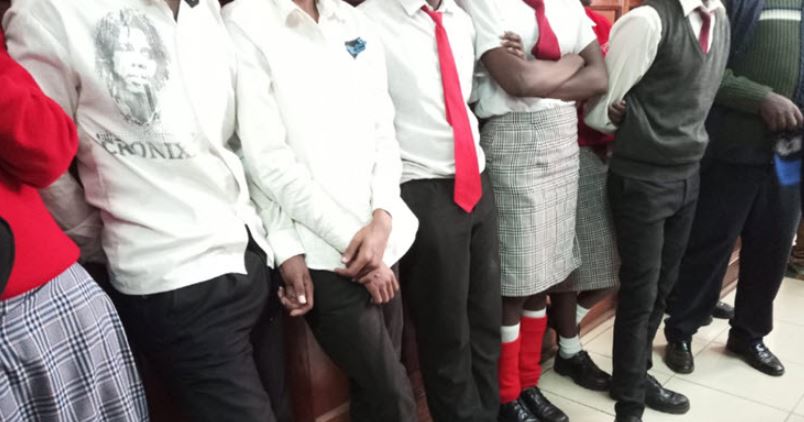 Nine students who were arrested on Tuesday for allegedly being drunk and disorderly have been forgiven and released to their parents and guardians.

The students; four girls and five boys, were arrested at noon together with their teacher and school bus driver as they made their way to the Sarakasi Dome in Ngara, Nairobi where they were set to watch set book plays.

The students from Tala Academy, Machakos, were released on Wednesday after a children’s officer and an advocate, Ronny Akede, acting for The Cradle Children’s Foundation pleaded with the magistrate to release the minors unconditionally.

The advocate and foundation officer argued that the children must have been in experimental mode and under influence of bad company. He told the magistrate that, if given the chance, the students would reform.

The Magistrate advised the parents, guardians and the school administration to ensure that the children go through counselling before being released back to class.

In another court, the teacher who was with the students during the arrest pleaded not guilty to a charge of failing to protect the children from alcohol.

Appearing before Children’s Magistrate Teresa Nyangene, she told the court that she was a college student and only works in the school part-time to raise her school fees.

At the traffic court, the driver of the 13-seater matatu pleaded guilty to a charge of carrying excess passengers and was fined Sh40,000.

S*x Pest Sentenced to 105 Years For Sodomizing Three Minors < Previous
Oh No! 93-Year-Old Granny Raped and Killed in Embu Next >
Recommended stories you may like: