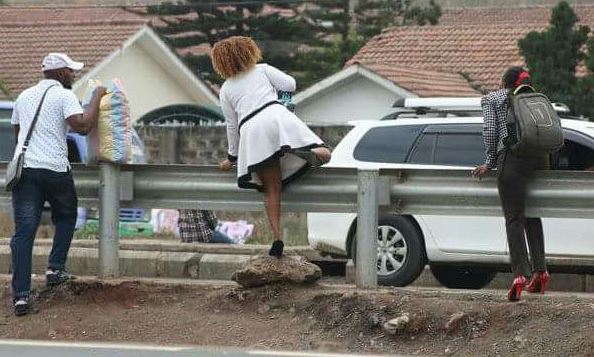 The National Transport and Safety Authority has released the latest report on the most dangerous highways in Nairobi.

Unsurprisingly, the newly upgraded Outering Road is the most dangerous highway with 23 deaths since January. There has been a public outcry about accidents on the road due to a lack of footbridges.

The Kenya Urban Roads Authority delayed setting up footbridges forcing pedestrians to jump over the highway barricades and risking their lives by crossing on undesignated places.

Drivers have also complained that the road is poorly lit during the night making it difficult to see road signs.

Kura had pledged to build 11 footbridges but only one has been erected at Baba Dogo.

Following closely behind the 13 km road is Waiyaki Way with 22 deaths. Mombasa Road emerged third with 21 while the Eastern and Northern bypasses and the Thika Superhighway recorded nine casualties each.

The statistics are contained in the NTSA report covering January to June.

The report indicates that the number of pedestrians who have lost their lives on the roads has gone up compared to last year.

So far a total of 1,348 people have lost their lives since the year began, NTSA says.

The national statistics for January through May show that Nairobi has the highest number of deaths at 186. Kiambu county follows with 114, Nakuru with 92 and Machakos with 69.

Other high-risk roads mentioned in the survey are Kangundo Road, Jogoo Road and the Gilgil-Nakuru, Marigat-Loruk roads.

All The Trending Images in Nairobi This Wednesday < Previous
Bridget Achieng Speaks Up on Uncle Who Molested Her as a Child Next >
Recommended stories you may like: