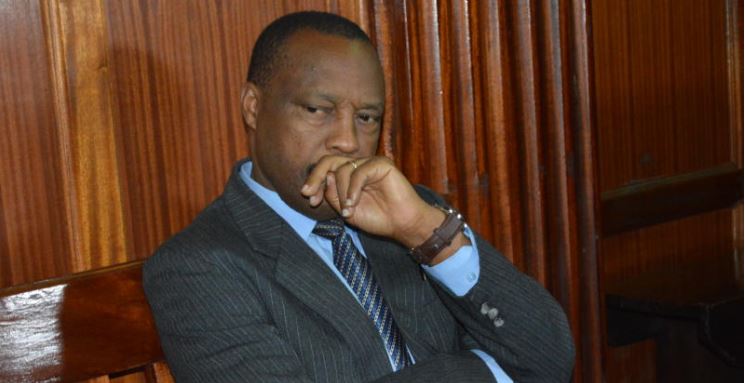 Former government pathologist Moses Njue was in the dock Monday on charges of stealing yet another heart from a corpse.

The Embu Level 5 hospital CEO appeared before Meru Chief Magistrate Lucy Ambasi and denied all three charges against him.

The court was told that on March 12, 2015, at Consolata Hospital in Imenti South, Meru, during a Postmortem exercise on the body of Karau, Dr Njue stole the heart that came to his possession by the virtue of his profession as the chief pathologist.

On the second count, the medic was charged with destroying evidence.

The prosecution said that between March 12, 2015, and September 18 the same year, while at the Meru funeral home in Imenti North Sub County, Njue destroyed the heart of Mr Karau after stealing it knowing that it might be required as evidence in judicial proceedings.

The pathologist also faced a charge for illegal removing of parts of a body contrary to section 13 of Anatomy Act. The Court heard that on March 12, 2015, the doctor who was the pathology in charge of the postmortem, removed the heart of the deceased before the body was received in an approved school of anatomy.

The Court granted Dr Njue a bond of Sh2 million with a surety of similar amount despite his lawyer pleading with the magistrate for a personal bond in pretext that the accused was a public servant. Alternatively, the court granted Njue a Sh500, 000 cash bail.

The charges come barely a month after Njue was charged with stealing the heart of Timothy Mwandi Muumbo at Lee Funeral Home while performing an autopsy on June 25, 2015. He denied the allegations.

All The Trending Pics in Nairobi Today < Previous
Compensate Kenyans Over Poisonous Sugar, City Pastor To Uhuru Next >
Recommended stories you may like: