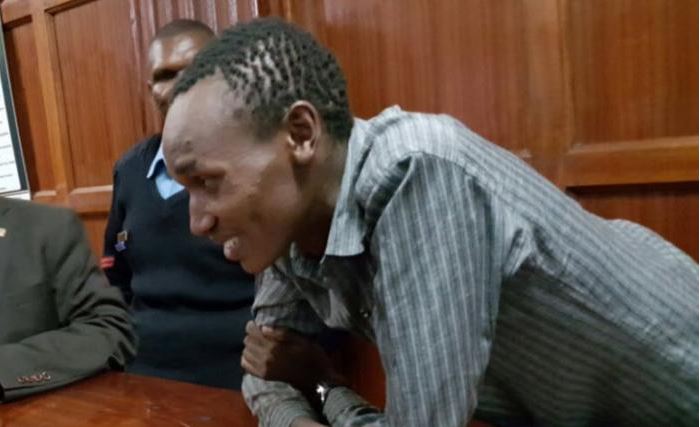 Suspected conman Benson Wazir Chacha is fit to stand a trial, a Nairobi Court has been told.

This after a mental health assessment was conducted at the Mathari hospital.

The suspect was arraigned in Court on Monday, April 9 and charged with six counts, including conspiracy to defraud, obtaining registration by false pretence and intent to defraud.

He was accused of impersonating Murang’a Women Representative Sabina Chege.

The Court heard that Chacha conspired to register a Safaricom mobile number in the name of Sabina Chege. He then used the number to contact former Gem MP Jakoyo Midiwo on March 4.

Midiwo, who gave Chacha Sh20,000, has since been listed as a witness alongside Sabina Chege.

The Magistrate ordered that Chacha remain in police custody pending the hearing of an application by the Prosecution to have him denied bond and bail terms.

The Prosecution argued that the suspect is a flight risk since he has no fixed abode.

City Hall Demolishes Property Worth Hundreds Of Thousands in Ngara [PHOTOS] < Previous
“What are you Buying, a Probox?”Duale Asks Somali Clansmen to Lower Bride Price Next >
Recommended stories you may like: