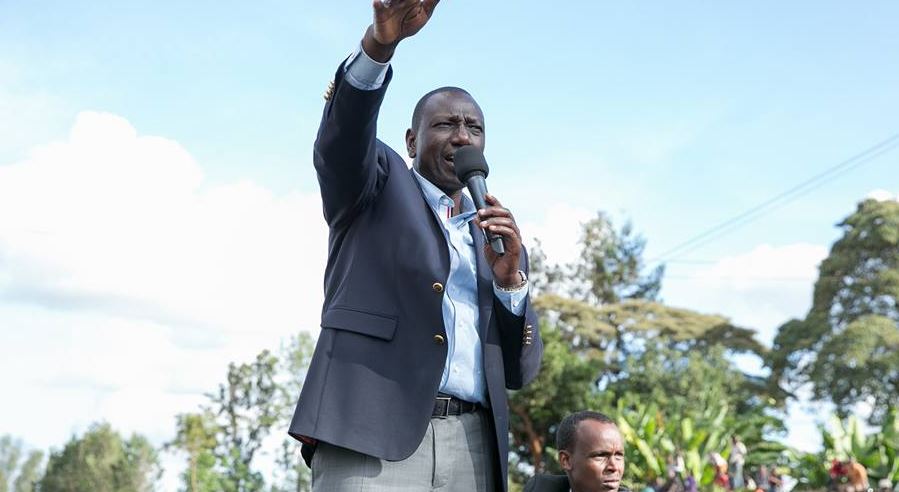 Saboti MP Caleb Amisi has told Deputy President William Ruto to stop 2022 succession politics and instead focus on delivering the promises that the Jubilee administration made to Kenyans ahead of the August 2017 elections.

Speaking at Parliament buildings on Monday, Amisi accused the DP of engaging in premature campaigns for 2022 at a time when the country is facing a myriad of challenges.

“He is already out there making promises to Kenyans even before he delivers those made last year,” Mr Amisi said.

“We need to have honest leaders to accomplish the aspirations of Kenyans.”

The 2022 succession politics has been at the centre of Ruto’s tours to various parts of the country following President Kenyatta and Nasa leader Raila Odinga’s declaration to work together.

During his three-day tour at the Coast, which ended on Sunday, Ruto appeared to endear himself to the region that has traditionally supported Opposition leader Raila Odinga.

On Monday, Amisi asked the DP to stop the campaign and focus on nation healing.

“Ruto must stop the campaigns and focus his energy in supporting reconciliation started by President Uhuru and Mr Odinga,” he said adding; “we need the country to heal first but this cannot happen under such political environment.”

Amisi noted that engaging in politics at the moment would ruin the intention of the political truce by the two leaders.

The MP also asked political leaders to focus on addressing the rate of unemployment among the youth and the issues of marginalization, which has dominated the political discussions in the country.

All The Trending Pics on Twitter Today < Previous
Ben Kangangi Imports McLaren Sports Car as Anerlisa Muigai Cries Foul in Sh19 Million Debt Case Next >
Recommended stories you may like: