“Start Using a Glass or Drink Directly From Bottle,” Government Says Ahead of Plastic Straws Ban 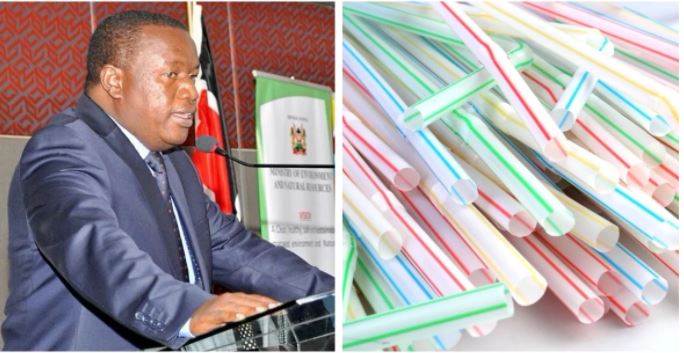 Kenyans will soon be forced to drink their favorite beverages directly from the bottle. This after the government revealed that plans are underway to ban plastic straws.

Ahead of the planned gazettement of the ban, Ministry of Environment Principal Secretary Charles Sunkuli has encouraged Kenyans to start training themselves to use a glass or drink juices directly from the packaged bottles.

“Our main goal as a ministry is to ensure that we reduce the use of plastics in the country as they are a major source of pollution,” he said.

The announcement comes barely after the National Environment Management Agency (Nema) announced they will ban plastic bottles by April 30.

But the PS averred that plastic bottle manufacturers would simply be encouraged to develop plans to recycle the bottles.

“The Government has no plans whatsoever to ban the manufacture and use of plastic bottles. What we intend to ban are plastic straws,” said Sunkuli.

The Government also effected a ban on use, manufacture or importation of plastic bags on August 28 last year.

Sunkuli said so far, the ban has had 80 percent success implementation despite a few challenges that have affected the process, among them importation of plastic bags from neighboring countries such as Uganda and Tanzania.

Adelle Onyango Brings Attributes of Late Mum to Life With Own Clothing Line < Previous
Hilarious Meme Compilation (Friday February 2) Next >
Recommended stories you may like: