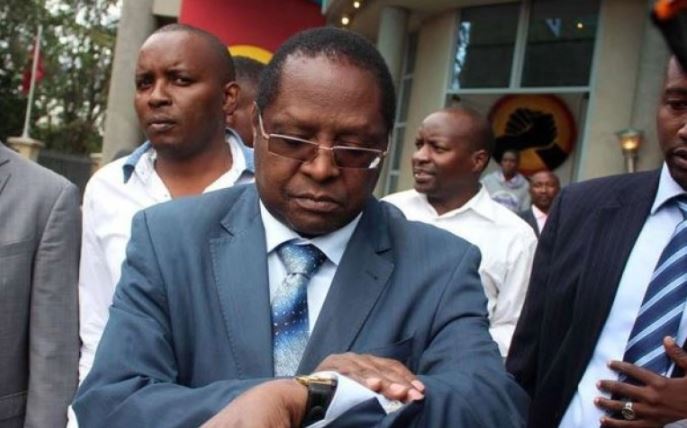 Embu County is without a governor following the nullification of Martin Wambora’s win by The High Court on Thursday.

The Court observed that the August 8 election was marred by irregularities which undermined the electoral process.

The election petition was filed by former senator Lenny Kivuti, who garnered 96,775 votes to Wambora’s 97,760.

Kivuti argued that the election was not free and fair and asked the court for scrutiny and recount of votes in select polling stations.

The Court then ordered a recount and examination of the votes on January 18, 2018, to verify the authenticity of the results. But Wambora filed an urgent application seeking to strike out the petition by Kivuti. He claimed that ballot papers had been tampered with and could not be relied upon in the hearing and determination of the petition.

In his ruling yesterday, Justice William Musyoka ordered the Independent Electoral and Boundaries Commission (IEBC) to conduct a fresh election in accordance with law.

“There is no doubt that the errors affected the final outcome of the election. I have come to the conclusion that there were irregularities and errors during the counting and tallying of votes. The results cannot be said to be credible, verifiable and reflecting the will of the people of Embu,” ruled Justice Musyoka.

Another One! “Chokoza” Singer Marya Finds Salvation < Previous
Why NEMA Has Shut Down Burma Market With Immediate Effect Next >
Recommended stories you may like: