Why Hassan Omar Has Withdrawn Petition Against Joho’s Election Win 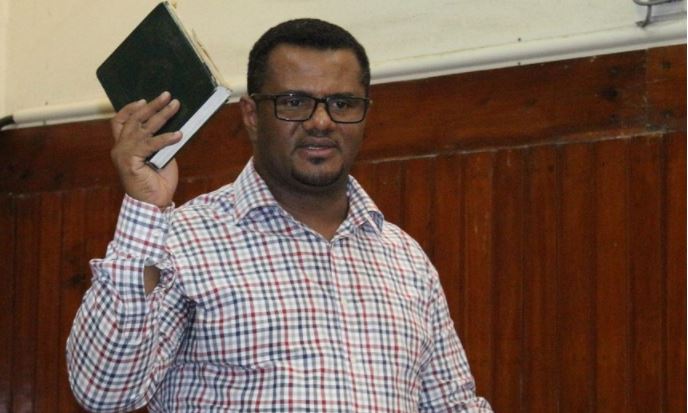 The former Mombasa Senator filed a withdrawal application at the Mombasa law court on Tuesday. He indicated he no longer has confidence in the neutrality of the presiding judge hearing the case.

“The petitioner no longer has confidence on the neutrality of the presiding judge hearing and believes that he will not get justice in the matter,” he said in the application.

”It will be hypocritical for the petitioners to proceed with this matter when they believe that the honourable court is already biased against them,” he added.

Omar through his lawyer Yusuf Abubakar had filed an application seeking to have Judge Lydia Achode withdraw from the case over open bias in handling the applications.

This led to a bitter exchange of words between advocates representing Governor Joho and Omar during a hearing of the case on January 11, 2018.

Judge Achode dismissed the application calling for her disqualification from the case, insisting Omar should have gone to the appeals court.

“The petitioner has never appealed any ruling by the court to express his dissatisfaction,” she said during the ruling.

“It was not enough for the former senator to make mere allegations. He should have given reasonable grounds that there is bias,” she added.

Trouble started when Joho’s lawyer Mohammed Balala made an application seeking orders for the court to summon Omar for re-cross examination, a move strongly opposed by petitioner’s lawyer.

Akothee Taken to Court By Baby Daddy in Painful Custody Battle Over Son < Previous
Police Blame Prolonged Political Stalemate for CBD Muggings, Tell Sonko to Flush Out Street Children Next >
Recommended stories you may like: