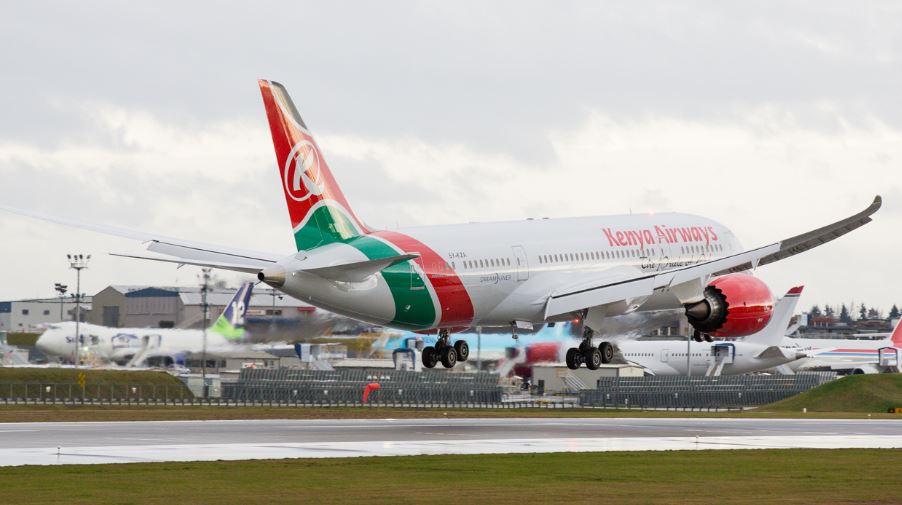 It has been many years in the making but it is finally happening. The national carrier, Kenya Airways, is set to commence daily flights between Nairobi and New York in October.

Kenya Airways has already secured a landing slot at JFK.

“We are currently loading the flights onto our system. We shall go live and ready for bookings on Thursday,” said Kenya Airways chairman Michael Joseph.

“The launch of direct flights between Kenya and the United States will mark a significant milestone for the business and for the country.”

The trans-Atlantic flights, scheduled to depart Jomo Kenyatta International Airport (JKIA) at 10:30pm every day, will last 15 hours, seven hours shorter than the current flight time of over 22 hours, including lengthy layovers.

Passengers travelling to New York will arrive at 6:30am, in time for morning meetings, while the return flight from JKF will depart at 1:30pm and arrive in Nairobi at 10:30am the next day.

Each trip will have a maximum of 234 passengers – 204 in Economy and the rest in Business Class of the national carrier’s Dreamliner aircraft.

The US Federal Aviation Administration (FAA) last February gave Kenya the Category One rating, paving the way for direct flights subject to other permits being received by the airport and KQ.

Read: JKIA Attains Category One Status… Direct Flight To the US Starting Soon

Michael Joseph now says the airline has secured all but two permits required for it to fly to the US, a position the Kenya Civil Aviation Authority (KCAA) director-general, Gilbert Kibe, confirmed.

“JFK is yet to be cleared as the last point of departure, a security-based permit to be issued by the US Transportation Security Administration,” said Mr Kibe.

“The other outstanding permit is the technical authority to operate from the FAA. I am confident that KQ will receive the two in time.”

Hilarious Meme Compilation (Thursday January 11) < Previous
The Trending Images in Nairobi This Thursday Next >
Recommended stories you may like: