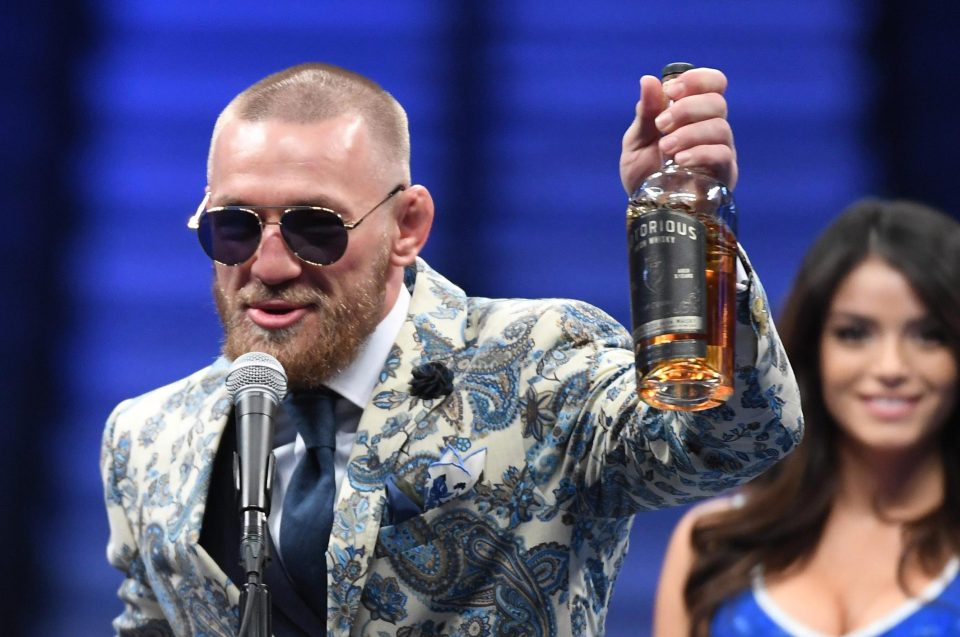 In a crowded field of UFC/boxing, Conor McGregor has made a name for himself for being a star on and off the ring.

His antics even landed him a huge fight last year with Floyd Mayweather, from which he earned $100 million despite losing… quite modest compared to the $180 million Mayweather took home.

Weeks after the fight, the ‘notorious’ entertainer launched his own brand of whiskey, appropriately named, wait for it, ‘Notorious‘. Not one to let a huge opportunity slip, McGregor used his Mayweather fight post-match press conference to make the announcement.

“Boy that whiskey tastes so good. Oh s***, keep an eye out for it.” he was quoted by various media.

It is not unlike sports stars to launch their own products or endorse new or existing ones. In fact, McGregor has existing partnerships with Monster Energy Drink and Beats by Dr. Dre among other companies.

But with the Whiskey being his own, he obviously had some greater attachment. He promised to conquer the Irish market and later the world, and it seems he is keeping that promise.

Notorious Whiskey has hit the Kenyan market, even before it is launched in the rest of Africa.

The proprietor of Dial A Drink Kenya – a 24 hour drinks delivery company operating in Nairobi has grabbed the opportunity to be the first in the country to stock ‘Notorious’ Irish whiskey.

“Guess which whiskey brand will be available on our stock soon? Will be selling you Conor McGregor’s ‘Notorious’ Irish whiskey on Dial A Drink Kenya soon,” a post on Dial A Drink’s Facebook page read.

Coupled with the fact that many Kenyans are slowly moving away from cheap/2nd generation/almost 2nd generation alcohol, McGregory’s star power will definitely help make it a major player in many houses and establishments.

Hilarious Meme Compilation (Friday January 5) < Previous
All The Trending Images in Nairobi This Friday Next >
Recommended stories you may like: