‘Self Determination is Real’..KOT Reactions After Goalkeeper Origi ‘Divorce’ with Kenya 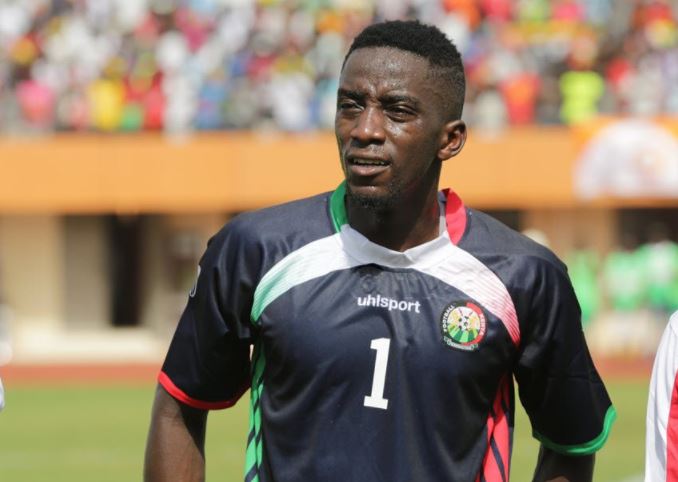 Goalkeeper Arnold Origi has officially acquired Norwegian citizenship and his switch could not have come at a better time.

On Monday, controversial ‘public intellectual’ David Ndii started a ‘petition’ calling for the self-determination of some tribes. According to Ndii, Kenya is a cruel marriage and it is time to talk divorce.

With Origi renouncing his Kenyan citizenship as required by Norwegian law, the 33-year-old has been a topic of discussion in the same vein as Ndii’s controversial remarks.

The former Mathare and Tusker football clubs custodian went to Norway in 2007 where he has played for various clubs there before applying for Norwegian citizenship.

He is currently attached to top flight Norway club Lillestrom.

According to popular opinion in social media circles, Origi’s move was smart and Norway is his Canaan.

Arnold Origi ameona awache hizi upuzi zetu za umtaa. Plus, I think this move will secure his future after football. All the best to him.

All the best to GK Arnold Origi in life as a Norwegian . Thank you for your service.

I was done with Arnold Origi after he miscued a back pass and put the ball in his own net vs Eritrea 11 years ago. Good luck to him.

“Arnold Origi” the fact that he has changed Citizenship doesn’t make him less Kenyan, Let’s all be happy for Him #eicnwisdom

Arnold Origi is a fucking traitor????we deny him we as the Black Kings movement

Arnold Origi is a Nasarite from our neighbouring country of The People’s Republic of Kenya, he’s not our citizen! No stress #NoMovingOn pic.twitter.com/2hIFJ63569

For those mocking Arnold Origi should first blame the Kenyan head, no one is proud to be Kenyan anymore #NoMovingOn

The difference between me & Arnold Origi is that he has gone to Norway and I will be going to The People’s Republic of Kenya.

All the best Arnold Origi even us we hav begun the process of divorce! I signed the form n am sure soon i wil live in a different kenya

Arnold Origi has applied his right of self determination! Crooked up country with Crooked up junkie leader and a thief for his deputy! Nkt!

Harambee Stars goalkeeper, Arnold Origi, has taken Nowegian citizenship. Its called right to Self Determination. The march goes on!

Arnold Origi chose Norway over Kenya cause his future & that of his kids is more important. You can’t really bank on this country anymore!

Arnold Origi has implemented Self Determination in his own way. He believes “Kenya is a cruel marriage”

Politicizing Arnold origi’s move with #nomovingon hash tag is hypocrisy..the guy already moved on.
Like Arnold we should move NASA=Jubilee.

so Arnold Origi has reached Canaan..please update us, hapo ikoje?

Arnold Origi should have been a little more patient, at least until People’s Republic of Kenya is an official state

Arnold Origi has changed his nationality from Kenyan to Norwegian. Teach me your ways master @origi_arnold

Arnold Origi going to play for Norway at 33 is like buying a newspaper in the Evening.

Thats a smart move Arnold Origi go out there and make it perhaps its your life they gonna talk while you’re makin it big.Kudos

Me After hearing Arnold Origi is no longer Kenyan pic.twitter.com/Dbpu6PYQg4

Crazy Kenyans! Nyambura Challenge is Here After Viral Pictures of Woman in Need of a Husband < Previous
Fred Gumo’s Son Arrested for Causing Death of Motorist in 2015 Next >
Recommended stories you may like: