Prediction: Peter Munya vs Kiraitu Murungi… Who Will Take Meru? 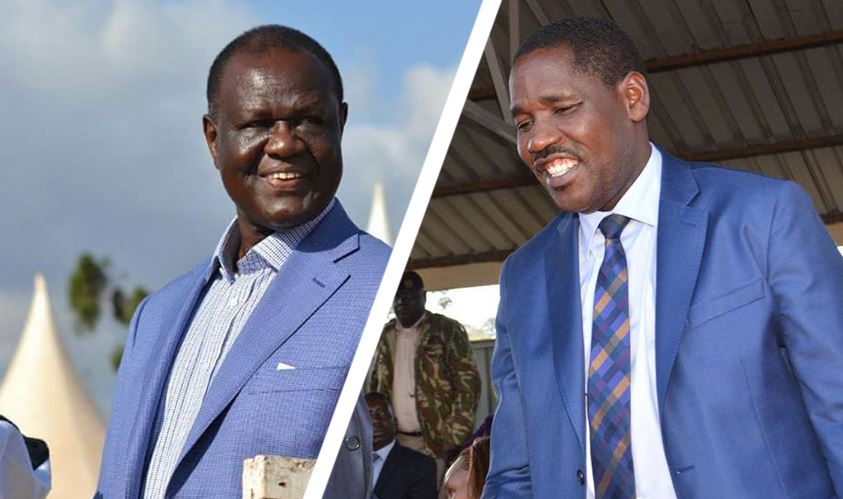 Meru county has been one of the counties to watch in this election year. The county has traditionally voted the same way as the rest of Mt. Kenya region, and this year will be no different. However, Nasa presidential candidate Raila Odinga has invested tremendous time and resources in Meru and analyst predict he may finally reap the fruits.

Not to say that the county has flipped into a Nasa zone, but Raila can expect to do remarkably better than he did in 2013. With only 7.6% of the Meru vote four and a half years ago, he left himself a lot of room to grow. Considering the effort he has put in trying to woo Meru, which he started immediately after the last election, it would come as no surprise should Raila hit between 20 and 40%.

So how does Raila come in play in the contest between PNU’s Peter Munya and Jubilee’s Kiraitu Murungi?

Well, a few years ago, the perception of having Raila’s support in Mt. Kenya was suicidal. It still may be, but this year Meru seems to have pulled out of the pack.

Incumbent Peter Munya has never hidden his disapproval of Jubilee. He mostly points his barrel towards Deputy President William Ruto, who he claims has been working to frustrate his re-election because he made the mistake of declaring 2022 presidential ambitions.

In this narrative, Ruto is opposed to any Central Kenya politician who he sees as potential competition in 2022. This is when the deputy president is expected to throw his hat in the ring as a presidential candidate, and having the Mt. Kenya support will be critical. That, according to popular opinion, would be hard to come by if there is a strong Mt. Kenya candidate also vying for the presidency. Kiambu Governor William Kabogo and Nairobi gubernatorial candidate Peter Kenneth have also used this line to explain why they were ‘rigged out’ during Jubilee party nominations.

That Ruto is opposed to Munya may not be entirely true, but it great political capital. By repeating the allegation every chance he gets, Munya is simply telling his opponents and supporters that he is playing in the major leagues.

Munya’s main rival, Kiraitu Murungi, has been in Kenya’s political scene for a very long time. He has held senior cabinet positions throughout Kibaki’s terms in office and has long been regarded as the ‘senior most Meru politician’.

But devolution changed the game. Veteran politicians like Kiraitu and Anyang Nyong’o failed to predict the immense power that would be wielded by Governors, and instead chose to contest for Senate seats. They want to rectify that mistake on Tuesday.

But is it too late for Kiraitu?

Things are not the way he left them in 2013. Munya has already proved he has clout and is capable of holding the mantle of Meru politics.

For the last 4 and a half years, Kiraitu has gone absent from our TV screens while Munya’s star has seemingly shone brighter. The sitting governor has made many appearances on TV transforming himself into a national-like figure. And if there’s anyone Kenyan voters appreciate and like voting for is a local politician of national stature. Munya’s stint as the council of governors’ chairman only enhanced his street cred.

But we can’t pretend Kiraitu is an unknown. So on this, they started on equal footing.

While Kiraitu can mostly be judged based on a promise, Munya’s achievements can be weighed and analyzed by voters. Everyone measures performance through his/her own eyes, and therefore this is a very subjective topic that splits voters down the middle. But there hasn’t been major complaints or nationally reported corruption allegations against Munya.

But there’s also the issue of parties. Jubilee is still the party to beat, and though Raila will harvest more than he did in 2013, Meru is still an Uhuru stronghold. Yesterday, Uhuru on a trip to the county endorsed all Jubilee candidates including Kiraitu. He even convinced independent candidate Kinoti Gatobu to quit and throw his weight behind the Jubilee candidate.  Last time, Uhuru told Meru people to vote for whom they want when he saw signs of boos by Munya supporters.

So, party loyalty still have some sway but Kiraitu cannot rely on it only.

When I look at everything happening in Meru, I’m of the opinion that Peter Munya will be re-elected as governor. I look at his vote sources and this is what I see.

1. Those who think he has done a good job as governor.
2. Those who are supporting Raila. Substantially more than in 2013.
3. Those who see Munya as the future of Meru politics.
4. Those who are swayed by a leader’s national presence. Particularly the ‘next new thing’.

To summarize the 4 points, Munya is likely to get a lot of support from young people.

Prediction: Khalwale vs Oparanya… Who Will Take Kakamega? < Previous
The Hottest Stories on the Internet Today (Monday August 7) Next >
Recommended stories you may like: