Governor Mutua: We Have a Job for Wavinya Ndeti if She’s Interested 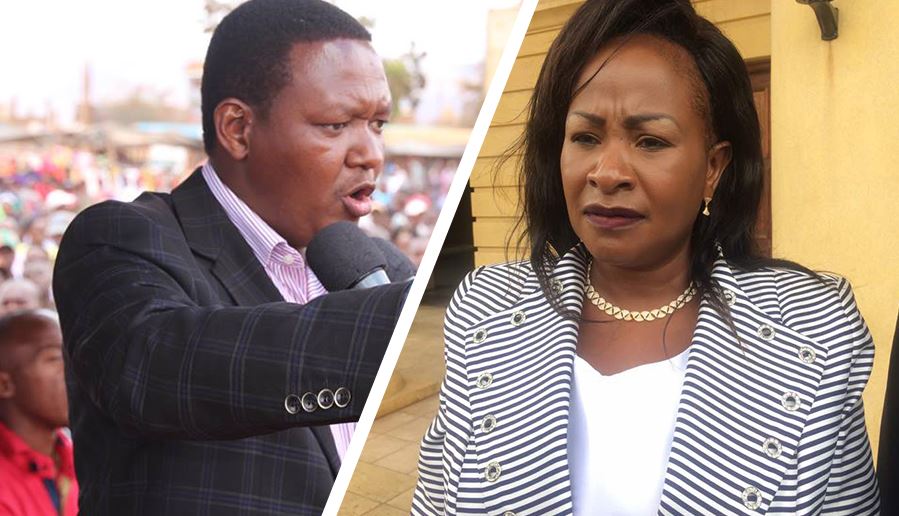 With his victory all but confirmed in the race for the Machakos gubernatorial seat, incumbent governor Alfred Mutua appears to be blowing his trumpet.

Having killed two birds(Kalonzo and Wavinya) with one stone, Mutua first revelled in his glory when he said his win proves he reigns supreme over Kalonzo.

According to Mutua, Kalonzo’s endorsement of Wavinya for the race had been geared to remove him from power and cripple his 2022 presidential ambitions.

“This victory is special because this competition was not between me and honorable Wavinya Ndeti. Rather, it was between me and Mheshimiwa Kalonzo Musyoka,” he declared.

“Mheshimiwa Kalonzo Musyoka put together all his arsenal and it was not about Wavinya Ndeti; it was about removing Mutua because Mutua was changing the way politics is run in this region of Ukambani that has suffered for many years.”

Now, Mutua has reacted to Wavinya’s rejection of the results by extending a job offer to her should she be interested.

“We will give Ndeti a job if she is interested. Sina roho ya chuki, nina mapenzi tu katika roho yangu (There is no hate in my heart…there is only love),” said Mutua.

Mutua was issuing a victory address to the public and media at his office in Machakos town on Wednesday.

He said his administration will accommodate all Machakos residents without discrimination of any kind.

VIDEO: ODM Candidate in Lamu West Constituency Fights IEBC Officer < Previous
All The Trending Images This Friday Next >
Recommended stories you may like: