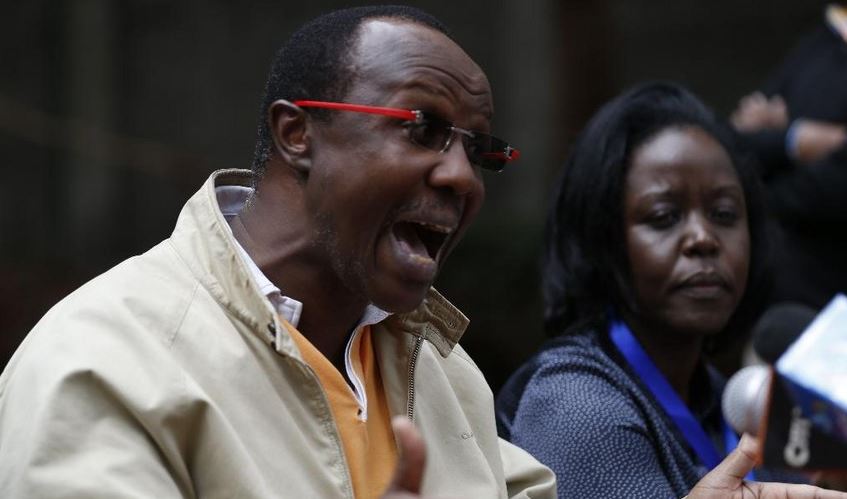 Kenya is a cruel marriage and David Ndii thinks we should talk divorce.

The controversial ‘public intellectual’, and primary author of one of Nasa’s manifesto has previously talked of the failed experiment called Kenya.

It is in the same ‘divorce’ opinion piece for the Nation that David Ndii made his famous “Kenya will burn” statement.

“As I have observed in this column before, all our multiparty elections with an incumbent president defending have been violent. If Uhuru Kenyatta is declared winner in another sham election, this country will burn.

Where we go, thereafter, is a matter of conjecture. What I do not see is another accept and move on — the tyranny of peace could only have been a one-shot game. Another mediated grand coalition is a remote possibility, but to what end? The last one was predicated on the enactment of a new Constitution — we have it, we don’t respect it.” he wrote.

So far David Ndii has been wrong in at least one instance. He has been on the front-line telling us that election was a sham, but Kenya has not burned.

The Supreme Court will tell us in about two weeks whether the election was a sham or not, but I still believe David Ndii’s prophesy of a burning Kenya will not come to pass.

With all signs pointing to a peaceful conclusion of the election exercise, David Ndii has now taken drastic measures. Yesterday on Twitter, he posted a ‘petition’ calling for the self determination of some tribes. In other words secession. 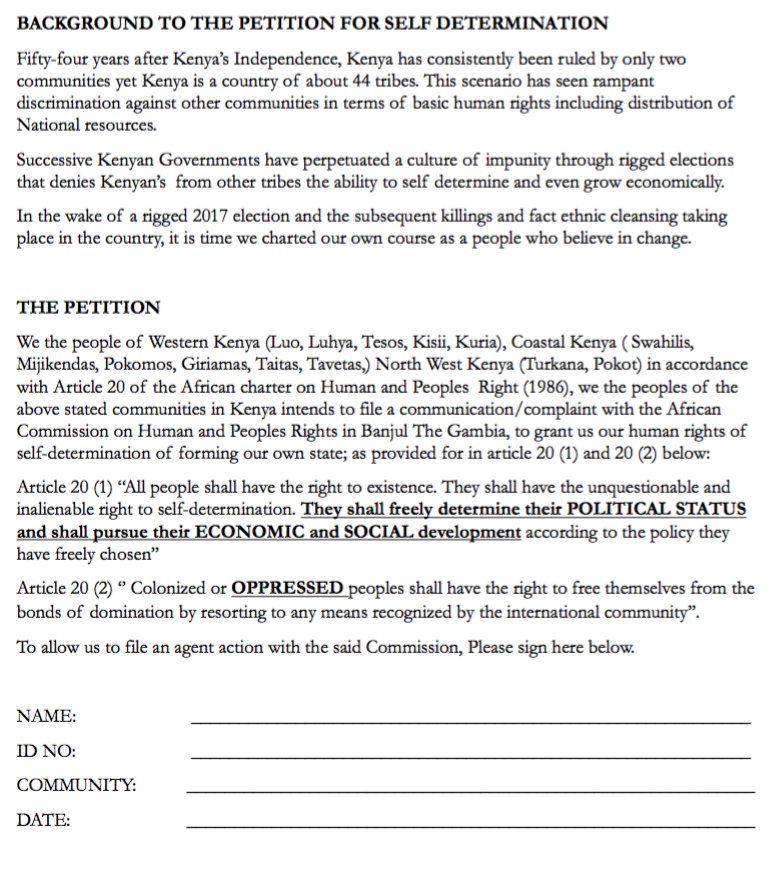 The petition states that since independence, Kenya has consistently been ruled by two communities out of the 44 that make up the country. This, he says, has seen an uneven distribution of national resources.

David Ndii writes that the petition is on behalf of the people of Western Kenya, North West Kenya and Coast.

Ndii’s petition came just days after he posted an image of how he believes Kenya should look after the split. 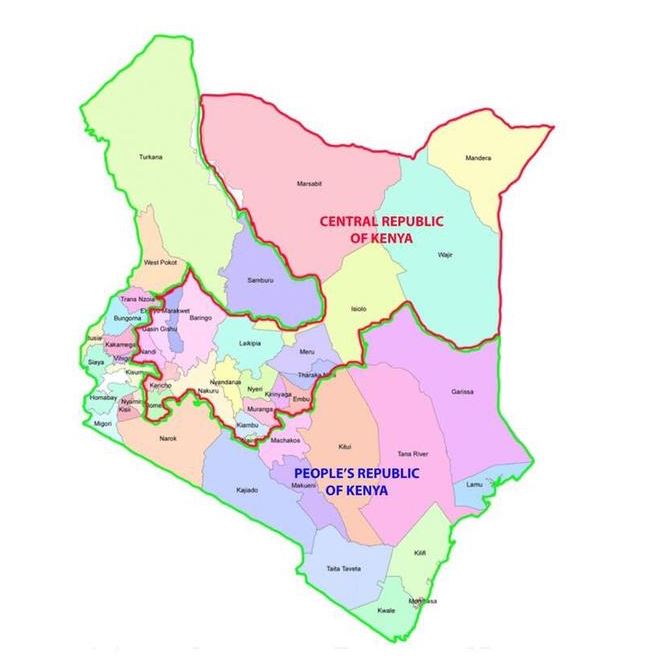 It’s unclear what the map was based on, but since it was around the election result time, we can say it was based on which counties either presidential candidate led. In which case Narok, Kajiado and Garissa would end up joining the Central Republic of Kenya. That would leave citizens of the People’s Republic of Kenya in an awkward situation, since they would probably need a passport to get to the other side of their country.

And to add on how nonsensical Ndii’s plan is, there are citizens in either of the proposed republics who voted for either candidate. Uhuru had more than 25% in 35 counties while Raila had more than 25% in 29 counties. In some of these counties, the race was very close. I’m sure the plan to split would not go down very well.

The old breed of politicians, which luckily is on its way out, has lied to us that the presidency is a high stake game. They use their communities to get to power but only end up benefiting themselves and their families. Every 5 years they return and use the same language, which we unfortunately fall for.

Kenyans don’t travel a lot, but citizens of the ‘People’s Republic of Kenya’ would be surprised to find that the ‘Central Republic of Kenya’ is just as underdeveloped as their own ‘country’, despite having their own occupy State House for many years. The only counties that would probably boast of having a slight edge are the ones in close proximity to the Capital City, for obvious reasons.

We are at a point where Kenyans will never all agree on the credibility of an election. The election will only be seen as credible by the winning side. But at the end of the day, we must sit and agree that our constitution states that majority will carry the day (if the other conditions are fulfilled). I therefore don’t think it’s right to victimize 2 communities for having the numbers. Democracy has never meant equity. Even in the US, the states of Virginia and Ohio have produced 8 presidents each, with 32 states having produced zero.

Actually, more than half of all 45 US presidents have come from just 4 States.

Winston Churchill once said “Democracy is the worst form of government except for all those others that have been tried.”

It would be nothing short of madness to talk ‘divorce’ every time a democratic exercise fails to go your way, whether you believe the results or not.

If the problem is perceived discrimination, it would probably have been much wiser 7 years ago to add the provision of a rotational presidency when drafting the new constitution. It’s probably possible to do the same via a referendum.

I’m sure that would provide temporary relief until one tribe realizes they will have to wait for 440 years for another shot at the big seat.

For a more realistic solution, I think a much less powerful presidency will lower the stakes. Also, I’m certain time will take care of divisive politicians and their hangers on, as it has done in the US over the course of their 240 year history.

Reminder: This is What Sonko Promised To Accomplish Within 100 Days < Previous
The Hottest Stories on the Internet Today (Wednesday August 23) Next >
Recommended stories you may like: