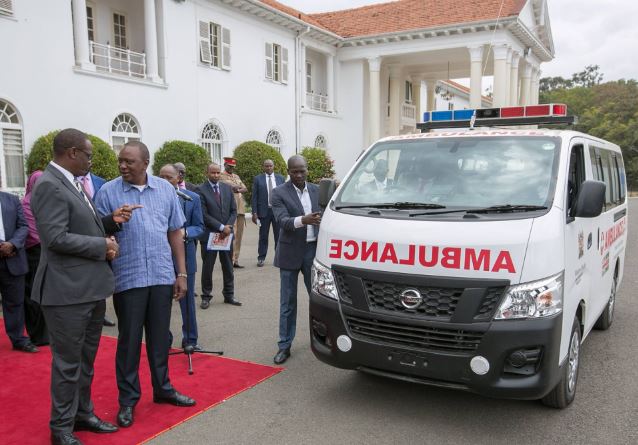 President Uhuru Kenyatta yesterday at State House, Nairobi, handed over to counties seven ambulances purchased with money recovered from a UK company found guilty of bribery to get a Kenyan contract.

The ambulances will be used to support the health referral system and will be based at health centers that really need them.

The counties which have benefitted are Laikipia, Wajir, West Pokot, Kitui, Elgeyo Marakwet and Nairobi.

The seven counties have a unique referral system challenges, largely related to remoteness as well as existence of a huge network of primary care facilities in relation to the number of hospitals available to the people.

The ambulance vehicles have been fitted with Basic Life Support equipment to ensure safe transport of patients. 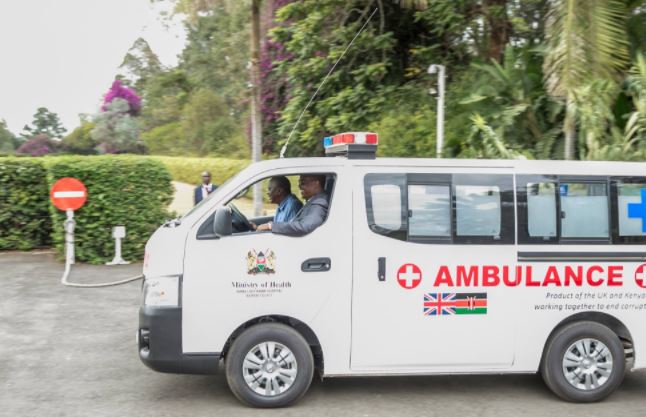 Speaking during the function, President Kenyatta said his Government is working closely with the Governments of the United Kingdom, Switzerland and Jersey on a tripartite agreement-Framework for the return of assets from corruption and crime in Kenya (FRACCK).

“These Ambulances will go a long way in saving lives and enhancing emergency response services in the selected Counties which were in dire need of this support,” said the President. 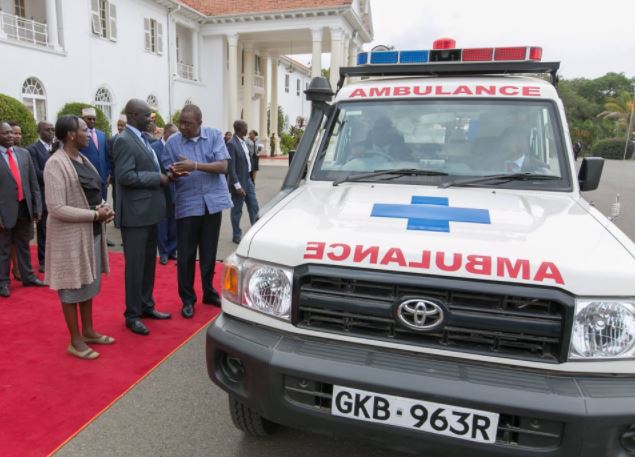 He said although the process has taken long because of the legal complexities of confiscation and repatriation, today’s ceremony marks the most important step in ensuring that the repatriated monies are applied to the benefit of the people of Kenya.

The President extended invitation to other partners to join the collaborative framework.

He said his Government is now prepared to roll out a new 5-year strategy to fight corruption as captured in the Jubilee Manifesto and in the Medium Term Plan 3 whose focus shall be prevention, recovery and restitution.

The new strategy will include interventions targeting societal change in attitude towards corruption and the adoption of a progressive value system at all levels of the society starting with school going children.

“This is why we have moved to clean up our examinations process and infrastructure,” said the President

Other measures to be taken by the Government include investing in technology and re-engineering service systems to eliminate opportunities for corruption; adoption of a whole of government approach to fighting corruption (collective policy and administrative measures).

The Government will also be working with partners, to significantly upscale its ability to recover proceeds of corruption and crime in Kenya or anywhere in the world.

The President pointed out that because of the challenges the government has faced before, it now supports and champions the approach of partnership in tackling corruption.

“I have insisted that all frontline Agencies involved in the fight against corruption must work together under the Multi Agency Framework which I established in November, 2015,” said the President.

He thanked the United Kingdom Government, whose High Commissioner Nick Hailey, for helping in the establishment of the Kenya Child Protection Unit, the first of its type of support the National Crime Agency has provided anywhere in the world.

“This unit has been incredibly successful and has so far led to over 250 children being safeguarded with a number of successful and significant prosecutions, including an offender who received life imprisonment for serious child sexual abuse,” said the President.

The Trending Images in Nairobi This Tuesday < Previous
Ex-British Soldier who Saved 200 in Westgate Terror Attack Shot Twice During Ambush in Nairobi Next >
Recommended stories you may like: