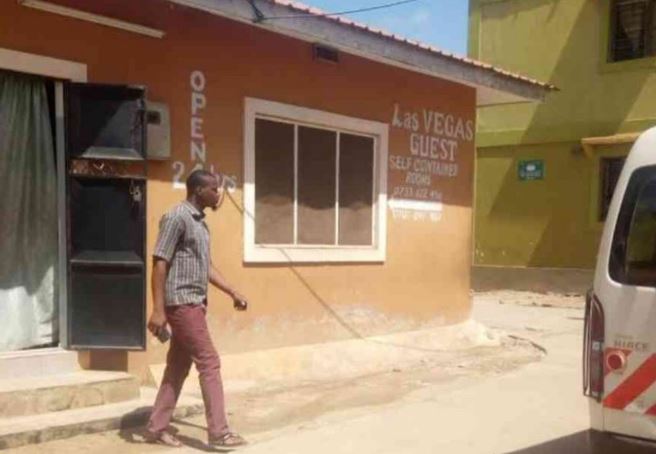 A University student was on Sunday found dead at a Mombasa guest house where she had spent a night with her boyfriend.

Doris Kagendo, 23, and her boyfriend checked into Las Vegas Guest House in Kisimani area, Kisauni, on Friday. They checked out the next day but Kagendo later returned and checked back in at the guest house.

The Deputy Police boss said they were tracking the boyfriend’s phone and that he may have ended their relationship before leaving.

“The boyfriend went missing on Saturday and she was left stranded in Mombasa. That is when she decided to go back to the guest house,” an investigating officer said as quoted by The Star.

There was no suicide note but a message on Kagendo’s phone indicated she was worried about her health.

She was a student at Taita Taveta Campus, and her belongings were found in the guest house.

New Music Alert! Bahati Teams Up with Uganda’s Eddy Kenzo in ‘Barua Kwa Mama’ < Previous
Three Suspects Arrested for Rape and Murder of One of the Suspect’s Girlfriend Next >
Recommended stories you may like: