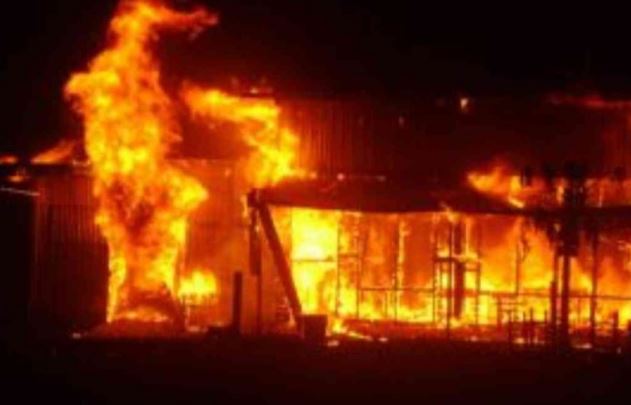 A 19-Year-Old man attempted suicide by setting his house on fire after his family rejected his proposal to marry a second wife at Nyakondo village, Nyatike Sub County in Migori County on Monday.

Juma Kibathare is said to have been overwhelmed by the engulfing flames and escaped before locals arrived at the scene to rescue him.

Nothing was salvaged from the burning house.

South East Muhuru Location Chief, Mr Jim Kawa, said that the man was angered by his family for rejecting his plans to marry a second wife and, therefore, decided to take his own life.

“The incident forced the lady whom he had proposed to marry as the second wife to flee,” said the Chief.

The administrator added that the family declined his proposal to marry the second wife because of his young age, poor financial status and having stayed for only two years in the first marriage in which they currently have one child.

Citizen reports that Mr Juma later returned home and spent the night with his first wife and the child in the cold under a tree.

Anita Nderu’s Birthday Message for her DJ Boyfriend is the Envy of Team Mafisi < Previous
Government Declares Monday a Public Holiday for Idd celebrations Next >
Recommended stories you may like: