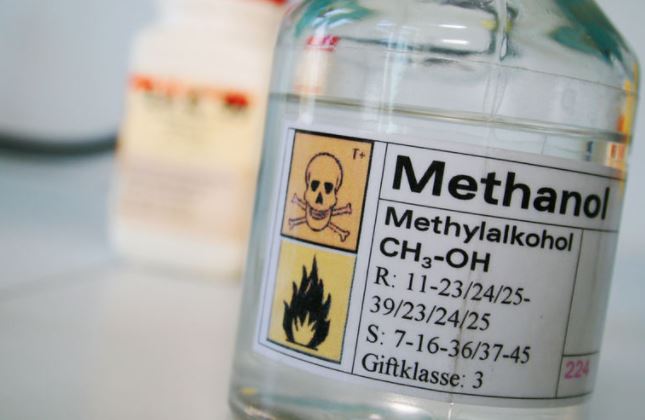 A late night methanol binge at Kolowa Secondary School in Tiaty Sub County ended tragically when one student succumbed and nine others were admitted to various hospitals in Baringo County.

The student died on Thursday while receiving treatment at Mercy Hospital in Eldama Ravine town.

More than 10 students are said to have broken into the school’s laboratory on Tuesday night and made away with a bottle of methanol, which they imbibed in their dormitory.

According to the Nation, the students started vomiting profusely and were rushed to nearby hospitals.

“It is a very sad incident because we have lost one of our students who consumed the chemical. Seven have been treated at Barpello Mission Hospital while two others have been hospitalised at Mercy Mission hospital in Eldama/Ravine sub county,” Kolowa Secondary School Head-teacher Zakayo Domokong said.

According to the Principal, nine are in Form Three and Four while two are in Form One and Two.

Three of those who took the concentrated chemical suffered severe internal injuries while those who had diluted the methanol had minor ailments.

VIDEO – Watch HBR Presenter Face Off with Jidenna in the Classic Man Challenge < Previous
Hilarious Meme Compilation (Friday June 30) Next >
Recommended stories you may like: