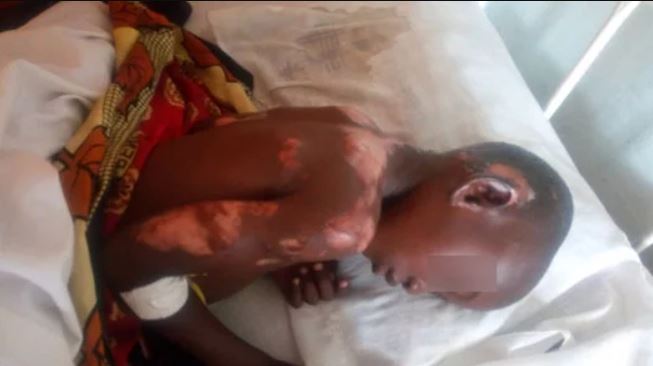 A six-year-old boy is receiving treatment at Ogembo Nursing Home in Kisii County after he was allegedly set on fire by his father for stealing Sh10 to buy mandazi.

According to Kenya News Agency (KNA), the boy said that on Monday evening when his father delayed returning home from work, he picked 10 shillings from a table in their house and bought mandazi.

He said his father woke him up 0n Tuesday morning after discovering the money was missing.

“When I denied, he poured paraffin on me and lit a matchbox,” the boy said.

James Nyamweya, a clinician at Ogembo Nursing Home, said the boy was brought to the hospital by community policing officials.

He sustained 40 per cent burn injuries and was responding well to medication.

Confirming the incident, Mang’ere Sub-Location area assistant chief, Mogesa Kunyoria, said the boy’s mother is a student and only comes home during the holidays.

Mr Kunyoria said police were pursuing the suspect, who is a primary school teacher in Ogembo town.

Four Arrested for Repackaging Subsidised Unga in Bungoma Church < Previous
Man Stabs Cousin Lover to Death Before Turning Knife on Self Next >
Recommended stories you may like: