Is Polycarp Igathe Chris Kirubi’s Son? Here is The Truth 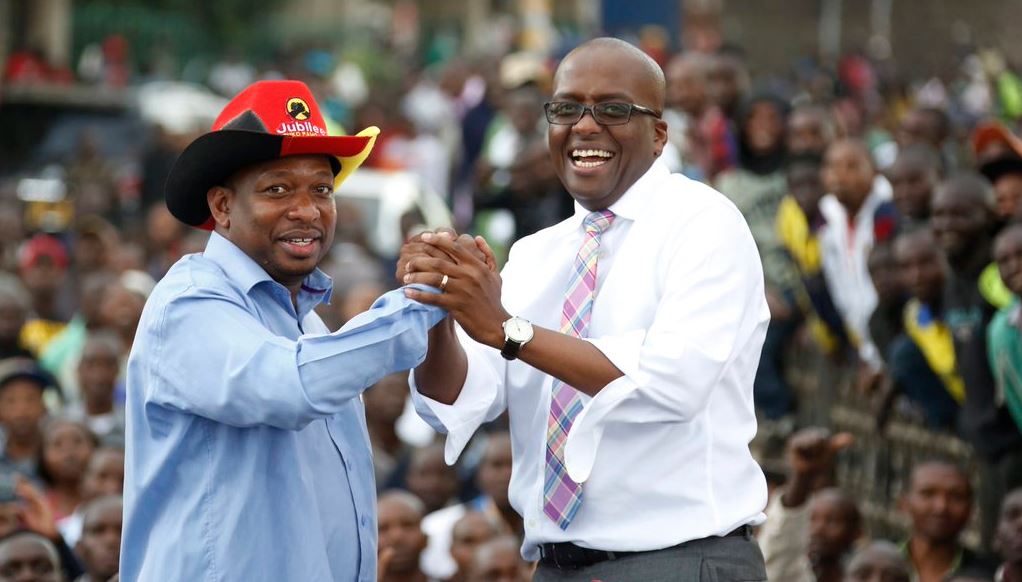 This is not the first time Vivo Energy MD Polycarp Igathe is being rumoured to be son to businessman Chris Kirubi. Such claims have been made by many individuals, among them Robert Alai.

When Sonko settled on Polycarp as his running mate this week, the rumours and speculations would naturally increase.

But is there any truth in these claims?

It happened that Chris Kirubi was hosted on Jeff Koinange Live last night. A few minutes into the show, Jeff posed the question to him.

“I would love to have an efficient son, so I’ll never deny him,” he said before proceeding to lavish him with praises. I would have loved Jeff to ask him whether he is the biological father, but that didn’t happen.

Kirubi’s answer may have been ambiguous, but Igathe himself does not like beating around the bush.

In a interview with Business Daily some time back, he stated categorically that Chris Kirubi is NOT his father. But he did work for him at HACO Industries. When asked what is the greatest misconception people have about him, he said, “That I’m rich. And that I’m Chris Kirubi’s son. (Laughs)..”

“Kenyans think that if you work in a company diligently for long, a company owned by someone else, you can only be their son.

But you know, I love it. I get bought a lot of drinks as a result. When I run into people who want to associate with me because of that myth, oh I take advantage of it and just order a very expensive whisky. You know how Kenyans like to hang out with the who-is-who. I’m born and raised in Ruiru 145. Those are my matatus. That’s home. And there, simplicity is key.” he added.

Here are 10 other things you may not know about Polycarp Igathe.

1. He was born and raised in Ruiru and boasts of a humble upbringing.

2 He is married to Catherine Igathe and together they have 3 children.

3. His wife Catherine is the Managing Director of AIG Kenya.

4. He graduated from the University of Nairobi in 1995.

5. His first job was as a finance officer for Queensland Health in Australia.

6. He has also worked in senior managerial positions for Coca Cola, AfricaOnline and Kenya Breweries.

7. Before joining Vivo Energy, Igathe was Managing Director at HACO Industries for 10 years.

8. He would rather go for a run than the gym.

9. He is a morning person and hates late night meetings.

10 Travelling is his hobby, with Nanyuki his favourite destination.

Damned if You Do, Damned if You Don’t: Government Attacked for Subsidizing Unga < Previous
The Hottest Stories on the Internet Today (Friday May 19) Next >
Recommended stories you may like: