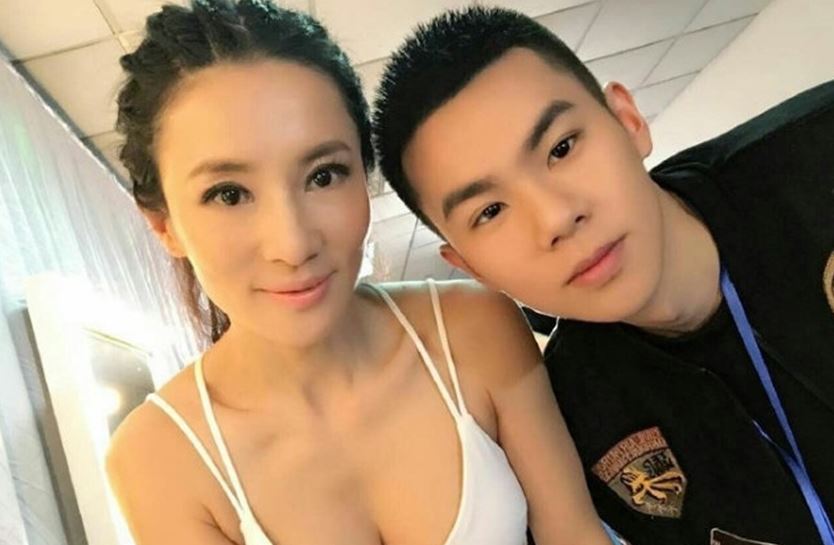 A Chinese mother of one is making global headlines after pictures of her son and her found their way online.

Liu Yelin is just a few months shy of her 50th birthday, but she can easily be confused for someone half that age.

With a super-toned body and not a single wrinkle, Ms Liu has stunned people across the world.

‘Whenever I went shopping and told people my real age, I often got mobbed by strangers who wanted to find out my secrets.’

Born  in 1968 in Central China’s Henan Province, Ms Liu has since retired. She says that every time she is accompanied by her 22 year old son, people always assume he is her boyfriend.

Ms Liu has now built a loyal social media following of nearly 100,000 fans, and TV directors are fighting to have her on their shows.

Her toned body has however not come easily. She works out religiously, and in March 2016 successfully swam across the  Strait of Malacca after setting out from the shores of Penang, Malaysia.

‘It’s probably the hardest thing I have done in my life so far. I was used to swimming in rivers and lakes, but I had never swum in the sea.

‘I struggled because my goggles were leaking and my tongue hurt so much from touching seawater.

‘I felt as if there were dozens of cuts on my tongue, and when the salty seawater flowed into my mouth, it was unbearably painful.’

It took her 4 hours to complete the 12 kilometre stretch non-stop.

Check out more pictures on the next page.

Prev1 of 2Next
Use your ← → (arrow) keys to browse
All The Trending Images in Nairobi This Monday < Previous
CRAZY! Check Out These Funny Pics Doing The Rounds on Social Media Next >
Recommended stories you may like: