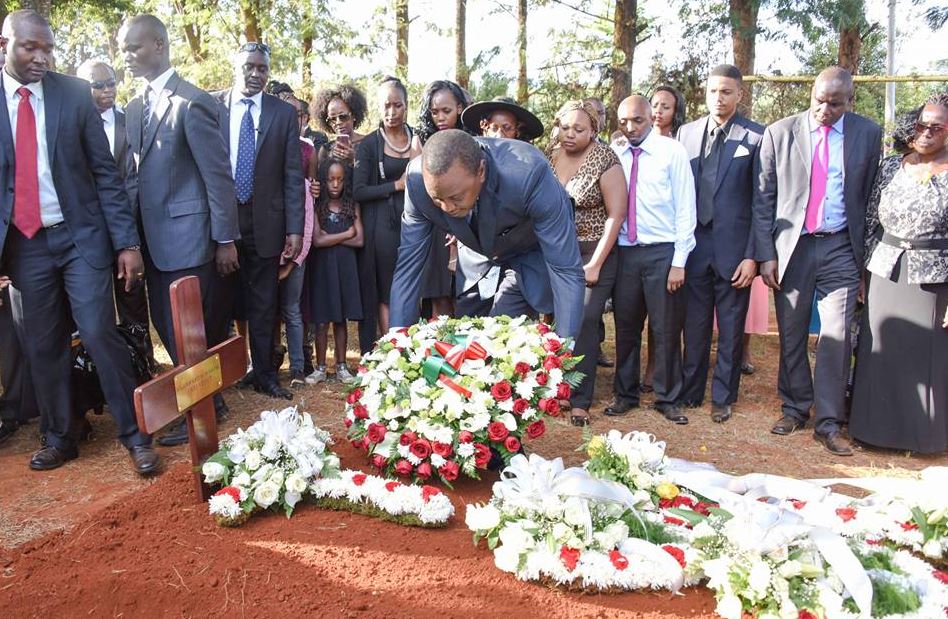 President Uhuru Kenyatta has done what has been interpreted by some quarters as endorsing Peter Kenneth for the Nairobi gubernatorial race.

While addressing residents of Kirwara in Gatanga on Saturday, after attending the burial of  former Gatanga MP David Murathe’s father, Uhuru told them to “pray for their son so he can win the Nairobi race.”

While that statement cannot be interpreted with certainty to mean an endorsement, it has nevertheless gotten Kenyans talking.

Speaking in Kikuyu and just before that statement, Uhuru reiterated that he will not impose any leaders, and that the people’s choice is what he will work with.

Peter Kenneth was given a chance to talk and he assured the crowd that he will fight it out and the next time he goes to visit will be as Nairobi governor.

Hilarious: How Kenyan Mothers React When a Girlfriend Comes Over (VIDEO) < Previous
This is What Would Happen if a Nuclear Bomb was Dropped in Nairobi Next >
Recommended stories you may like: