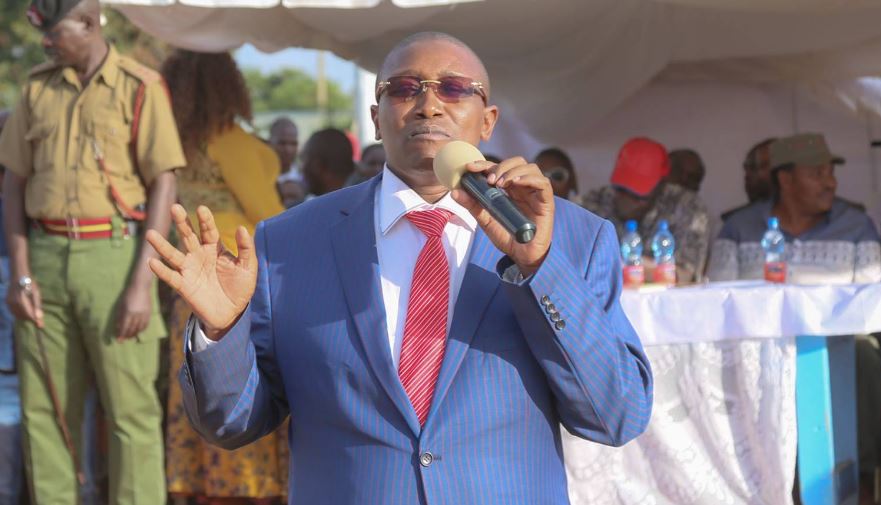 In the face of overwhelming evidence, hundreds of Kenyans have come out on social media in support of the conman bishop David Ngari, better known as Gakuyo. There was even an ‘I Stand With Gakuyo’ protest in Thika town yesterday. 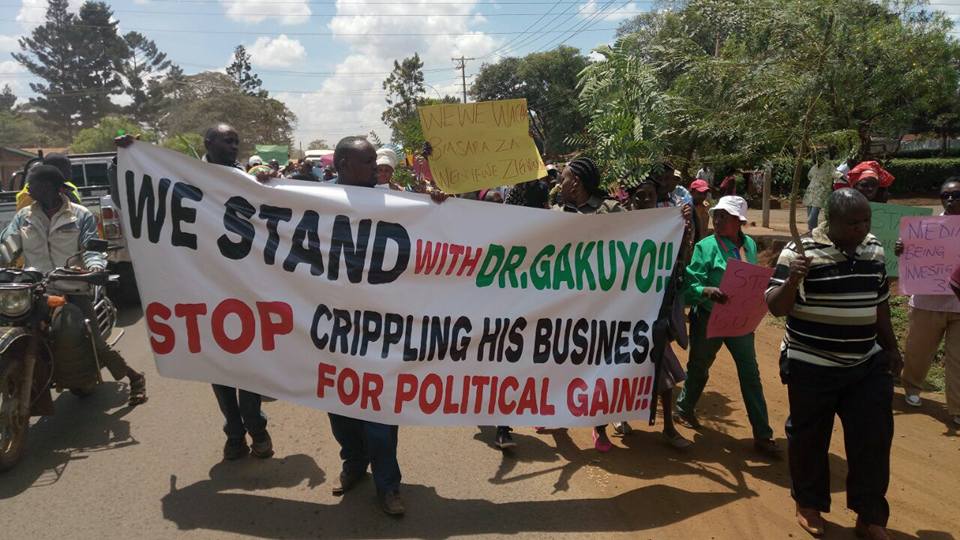 Basically, Gakuyo promised members 2 and 3 bedroom houses with no initial deposit. You can look at it as a mortgage arrangement where members of the sacco would repay a certain amount for periods of more than 10 years. Only later were they told that they would pay between Sh50,000 and Sh60,000 a month so as to own the houses after more than a decade. Never mind that most of those who were lured to take up the deal don’t see anywhere close to that in a month.

However, each interested person was required to ‘show commitment’ by paying a small registration fee of Sh20,000. In a phone interview with Onsarigo, Gakuyo himself stated that this money was a registration fee and not a deposit guaranteeing that the house will be built.

Watch The Lead: The Vicious Sacco with Dennis Onsarigo

The first lot of members were to receive their house keys last month, after waiting for more than a year. However after being taken on a site visit, the land is was as dry as a desert… with no hint that construction will start soon. Kiambu and Machakos county governments confirmed that not a single plan has been submitted by the two saccos for approval.

In typical conman fashion, Gakuyo has come up with a series of excuses. “A South African investor pulled out.. Sh20,000 is no longer enough… We’re waiting for a machine from Italy… Kiambu and Machakos county governments have not approved our building plans… My political enemies have ganged up..” etc.

Meanwhile, Gakuyo is said to have recently bought a chopper for use in his campaign. (He was interested in the Kiambu governor seat but has since joined Babayao’s camp with rumours that he’ll be made the lands secretary in Babayao’s cabinet). 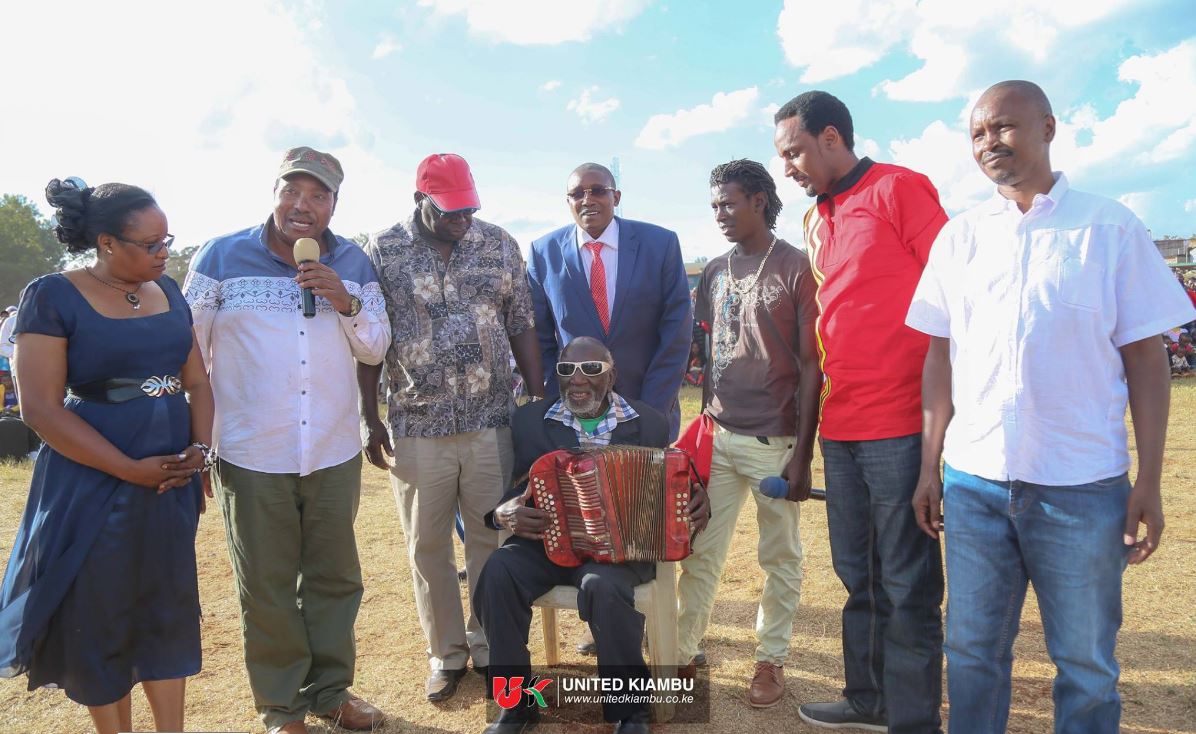 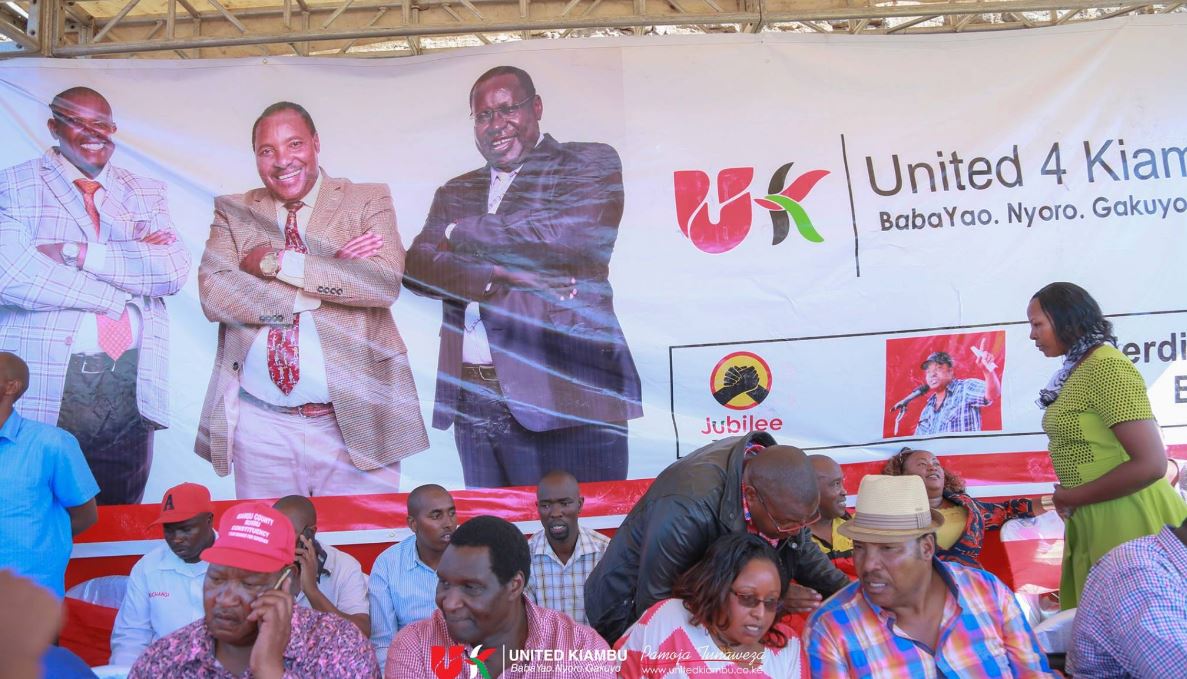 From the confessions of an employee at Ezeka, the sacco has no financial systems, and uses Excel spreadsheets to keep records.

In this age of digital processes, depositors of Gakuyo and Ezeka are issued with a ‘passbook’ where financial records are manually inputted.

Those who have requested their money back are required to return the original passbook and all receipts they have been issued, and then wait for 60 days for their money to be returned.

If this is not confiscation of evidence, I don’t know what is. Like with every scam, the first might get their cash, but when the whole thing collapses… too bad.

Bishop Ngari is all over Kiambu county with Waititu Babayao blaming Kabogo for his woes. The funny thing is some people commenting on social media believe this narrative and still trust Gakuyo Real Estate to deliver the houses. If you know any, please break the news to them that their money is gone.

Apart from his newly acquired chopper, Gakuyo is said to have bought a new house in one of Nairobi’s leafy suburbs. Robert Alai posted this video showing Gakuyo’s daughter showing off the new property on social media. (Her instagram page appears to have been deleted).

Grown Kilimani Mums Can Do Better Other than Thirst Over Guys, Kibaki’s Grandson Says < Previous
The Hottest Stories on the Internet Today (Thursday April 6) Next >
Recommended stories you may like: