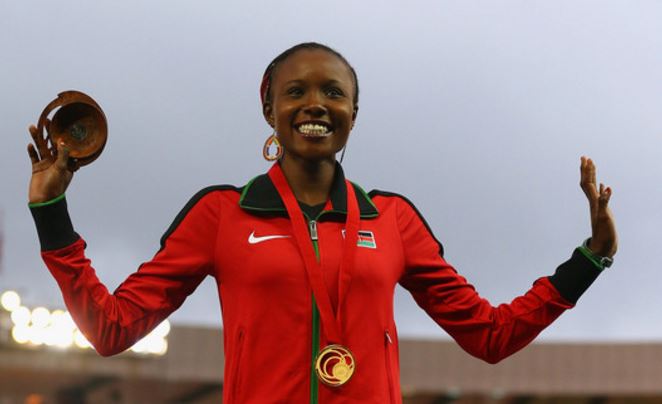 Newly engaged track beauty queen Mercy Cherono has sought divine intervention in Nigeria to “deliver” her from a failing marriage and a recent poor run of form that saw her finish outside the medal bracket during last year’s Olympics in Rio, Brazil.

In a YouTube video shared in one of the church’s official channels, the former champion shared some of the challenges and frustrations she has experienced in her career before an estimated audience of 15,000 faithful.

The track star, known for her stunning looks, looked anything but herself after the Prophet laid hands on her to “exorcise” the demons in her.

In the video, she can be seen sweating and writhing in an apparent struggle with the “demons” which had taken control of her and caused the athlete to have multiple injuries which have affected her performance on the track.

During last Sunday’s service, Cherono in the presence of her fiancée Edmond Ng’etich testified that she was feeling much better after a round of prayers and her injury had now ‘disappeared.’ 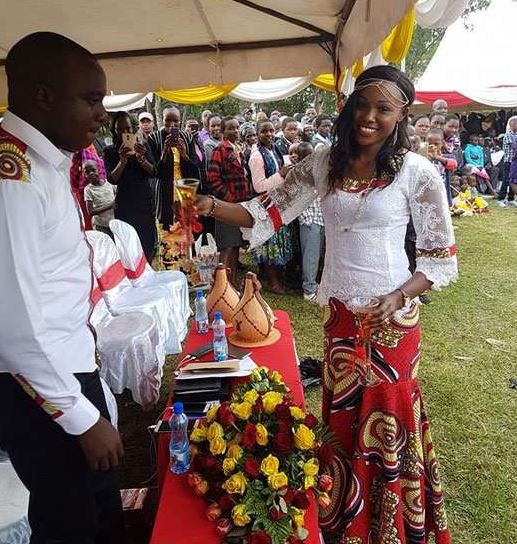 The couple who wed only four months ago in a highly publicised traditional wedding held in Kipajit village, Chemagel constituency in Bomet County confessed that they indeed had a troubled marriage arising from anger and differences between them but had now patched things up.

Hilarious… All The Trending Images This Wednesday < Previous
Mimi?… The Best ‘False Accusation’ Memes by KOT (Hilarious) Next >
Recommended stories you may like: