The Burnt Rongai Matatu Had it Coming! This is What Its Crew Did to a Passenger Last November 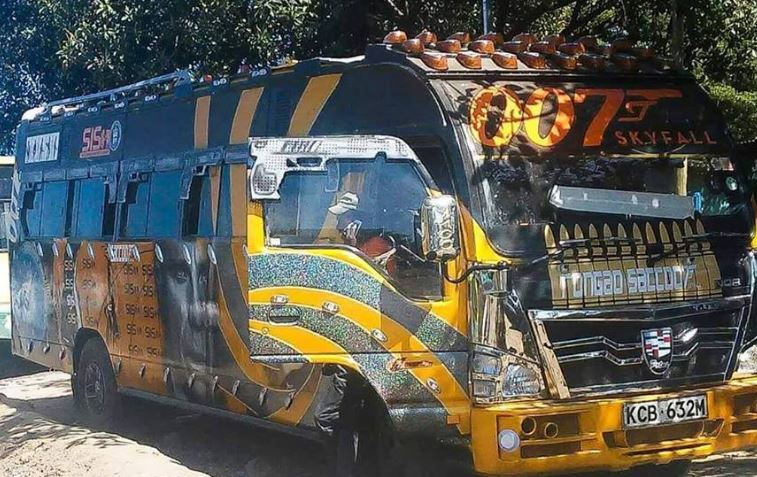 Over the weekend, a public service vehicle plying the Nairobi-Ongata Rongai route was reduced to ashes by irate boda-boda operators for knocking down and killing a cyclist near Uhuru Gardens on Lang’ata Road.

The Ongata Line Sacco matatu christened SkyFall-007 was heading to the city center when the accident occurred on Saturday afternoon.

Lang’ata OCPD, Elijah Maina Mwangi, cautioned Kenyans against taking the law into their own hands to avoid such incidents.

“It was a fatal accident where a pedestrian was knocked down by a 33-seater matatu which was headed to Nairobi CBD from Rongai. It is alleged that angry boda boda riders operating on Lang’ata Road torched the vehicle. We are investigating the same,” Mr Mwangi said.

“We are not happy with people taking law into their own hands. Now we have two cases to investigate – that of the accident and that of torching the matatu. It is not the right way to do things,” he added. 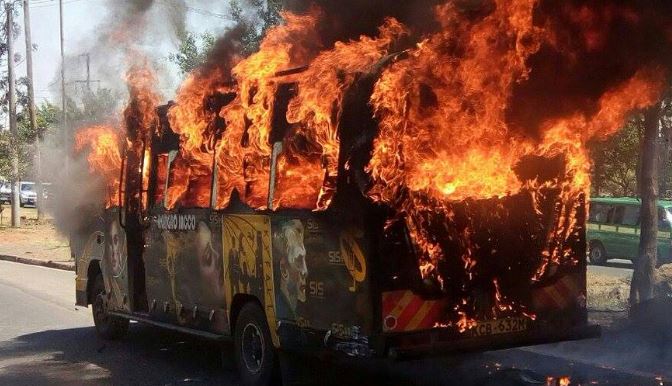 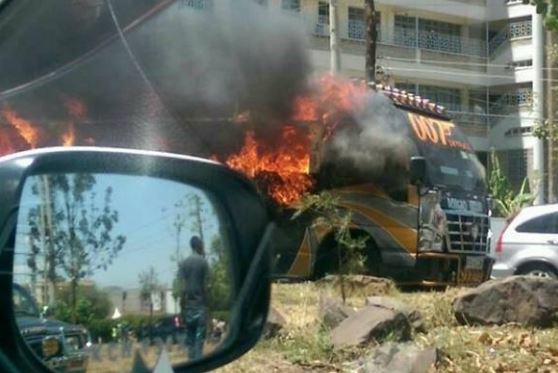 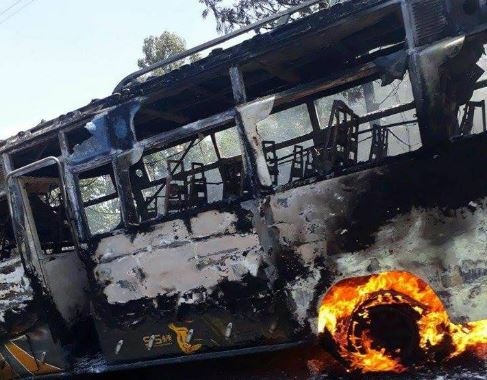 The accident comes barely 4 months after an accident along the same route led to the death of four people including students from the Multimedia University of Kenya.

However, for the matatu reg no: KCB 632M, the incident comes three months after the same matau was involved in another bizarre case in which its crew bit off a passenger’s lip.

Bernard Chege was attacked by touts inside the matatu and had his valuables – phone and money – stolen.

When he put up a fight, one of the touts bit off part of his upper lip.

He was then thrown out of the vehicle and trudged to a Rongai police station to report the attack.

“It was around 11pm. When they reached Barclays stage in Rongai one of the makanga tried to put his hand on my brother’s pocket but my brother noticed and confronted him… but the makanga got mad and bit my brother’s upper lip mpaka akamkata nyama,” said Jane Wanjiku,  Mr Chege’s sister who narrated the story to a local tabloid in November.

“He headed to the station to report but the madam who was there sent him away, refusing to book his story. But the officer who was manning the entrance intervened and the case was booked,” added Ms. Wanjiku. 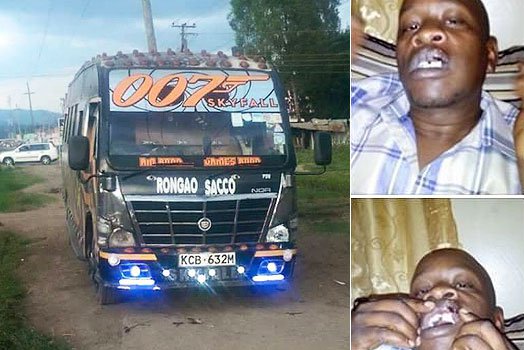 A friend who was familiar with the matatu, called the driver of the vehicle to verify the allegations. Some minutes after the phone call, the driver and conductor arrived at the clinic where Mr. Chege was being treated.

However, the tout who bit Chege’s lip did not accompany them.

The two agreed to pay Chege’s hospital bill and returned his stolen phone.

“I want justice for my brother. Why did he (driver) volunteer if he doesn’t know the makanga who bit my bro? And why did they return his phone? The driver must be arrested to produce the makanga since he knows him.”

She added: “It seems these drivers are collaborating with thieves to harass and steal from their customers.”

We cannot confirm if Mr Chege ever got his justice but like gravity, karma is so basic we often don’t even notice it.

Sky fall-007 probably had it coming and it will only be a matter of time before its crew gets served what they deserve.

Watch Heartwarming VIDEO of Kidum Comforting Big Kev With Song in Hospital < Previous
The Hottest Stories on the Internet Today (Tuesday February 7) Next >
Recommended stories you may like: