No Love Lost: Uhuru Accuses Joho of Bribing The Crowd Minutes After He Received a Dressing Down (RAW VIDEO) 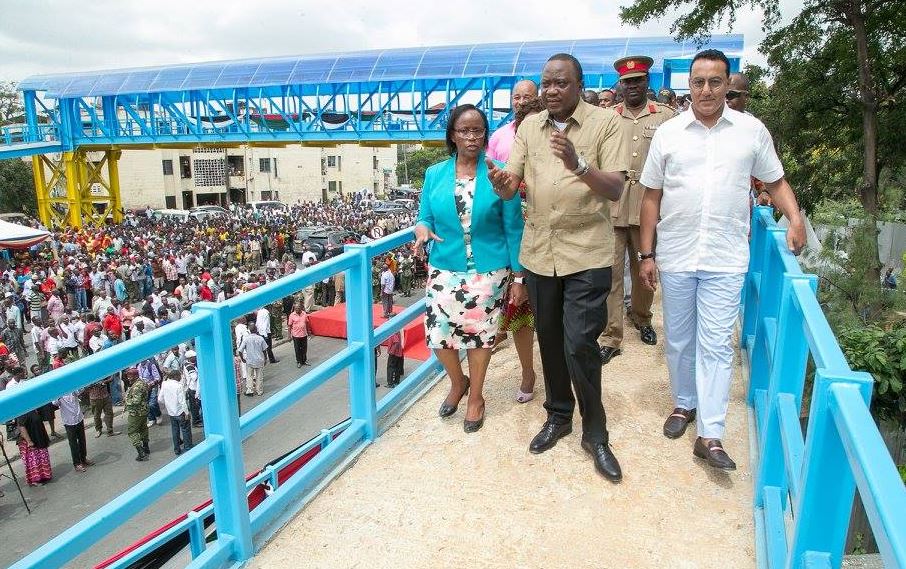 One of the biggest accusation Jubilee has faced since coming to power is involving itself in great public relations.

The president has been all over the country launching and commissioning projects that many say were started by by previous governments. Jubilee has mastered the art of taking credit for anything and everything, including what they don’t deserve.

The opposition has mobilized bloggers on social media to call out the government anytime they engage in false PR.

However, until now, no one had gathered the balls to tell the president to his face.

That came to an end yesterday in Mombasa during the launch of Buxton footbridge.

Speaking before the president, Governor Joho made it clear that the structure is not a product of the Jubilee government. He made it known that it was planned in 2010, 3 years before Jubilee came to power, and was financed by the World Bank.

Joho got Uhuru SWEATING! Takes special balls to take on an opponent right in his face this way pic.twitter.com/ARGfi2zJ7s

But if Joho thought he had gotten the better of the President, there was more to come.

During his speech, Uhuru responded to a member of public who is thought to have asked for ‘something small’. Uhuru flatly refused, and implied that Joho had paid him or her to be there.

”Hio ya tumbo ngojea Joho tukimaliza atakuletea ile alikuagizia,” he said. Loosely translated to, ”Wait till the ceremony is over and Joho will pay you what he promised.”

All along, the Mombasa governor looked unimpressed.

”Yangu ni maendeleo ambayo itakuwa ya manufaa kwako na watoto wako,” he continued. ”Mine is to bring development for the benefit of you and your kids.”

Hilarious Meme Compilation (Friday January 6) < Previous
All The Images Trending in Nairobi Today Next >
Recommended stories you may like: