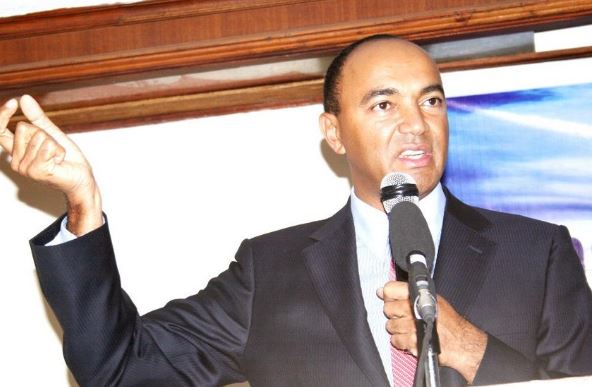 As expected, the race for the Nairobi gubernatorial seat is heating up as rivals continue to slam each other ahead of the polls.

Former presidential aspirant Peter Kenneth, whom many believe has little to no experience at ‘politicking’, has responded to recent claims by Nairobi senator Mike Sonko that he is an outsider.

Last Sunday, Sonko, after a church service in Mathioya also sensationally claimed that Kenneth had offered him Sh1 billion to drop his bid for the city’s top job, claims Kenneth has denied.

“Why should I bribe anyone for anything in the first place?” he said. “I believe Jubilee is an open party that welcomes new members. Why should people set conditions for me?”

Sonko together with his Jubilee rivals MPs Dennis Waweru (Dagoretti South), Johnson Sakaja (nominated) and Margaret Wanjiru (formerly Starehe MP), have in the recent past ganged up against Mr Kenneth in the push for a Jubilee Party nomination ticket for the Nairobi governor’s position.

According to Peter Kenneth, the claims that he is an outsider are ‘strange’ as he was born and bred in the capital.

All The Trending Images This Furahiday < Previous
PHOTOS – The Day Obama Visited Kenya Next >
Recommended stories you may like: