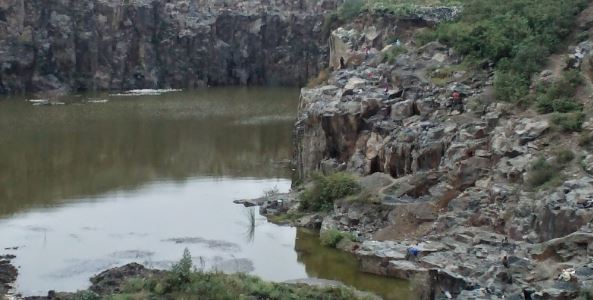 A man drowned on Wednesday while on a mission to retrieve the body of a 12-Year-Old who had drowned at the Bhimji Quarry in Embakasi.

The diver, only identified as Mohammed alias ‘Kasee’, drowned on Wednesday afternoon as a crowd  watched.

Mohammed was part of a group of volunteers who took turns to search for the body of Julius Ngugi, a standard six pupil at the Litmus Academy in Tassia, who fell into the quarry on Sunday.

The minor was playing with friends at around 5 pm when he slipped and fell.

Ngugi’s mother, Leah Wamaitha, said her son had left the house at midday to play only for one of his friends to come back later with the sad news.

“We came here with several neighbors and volunteers and we searched for him but we could not find him,” she said.

She added that they lost hope of finding the boy alive as the section of the quarry where he fell was deep.

“On Sunday, we had also requested for the experts but they did not find the body. They, however, advised that due to the location and design of the quarry, people should keep off and wait for the body of the boy to float,” Mr Manyasi said.