Finally, Here’s How Jubilee and Cord Supporters Can All ‘Eat Meat’ 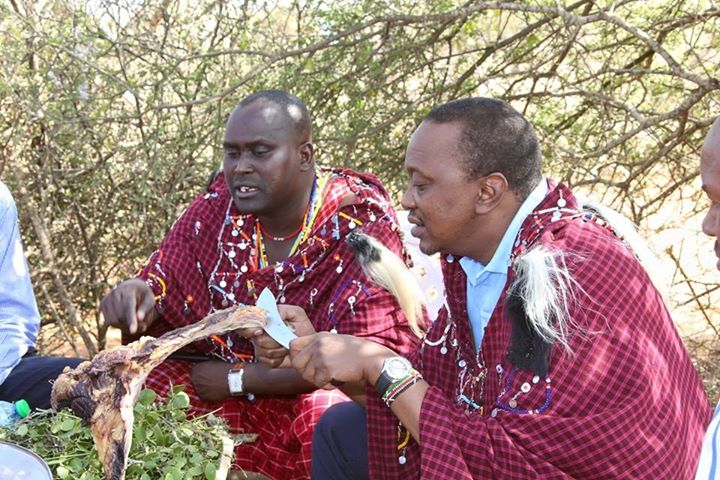 A few months ago, President Uhuru Kenyatta made a statement that has now come to define the state of Kenyan politics.

While speaking at the burial of former Cabinet Minister William Ole Ntimama, the president, in a bid to tell off some of the opposition leaders who had spoken, said that they who are in government will continue ‘eating meat’, as the opposition salivates. “Tutakula nyama mkimeza mate,” he said.

And thus the phrase was born.

The phrase has been quite divisive, considering no one would want to be on the wrong side of it. Every corruption scandal by government officials, big or small, is interpreted as the nyama choma feast the president was talking about. The opposition and we peasants are left to salivate.

Uhuru may have made the statement as a joke, but the interpretation has brought about serious risks of political upheavals. Indeed, everyone in the ‘grassroots’ believe their side will be eating meat from August this year. Only God knows how far people are willing to go to ensure this is the case.

But there’s hope. One local business magnate has stepped in a bid to avert any disruptions to the social order and stability.

Via NikoHub, a new mobile App, Kenyans interested in politics can order food as per their political inclination as from the 30th of January.

“Food is increasingly becoming the main focus of the election. Mara watu wanaongea mambo ya kula kwa macho… Kula nyama… Kumeza mate.. We decided to drive the negative attention to political food to something positive and practical – we launched a food and refreshments App that will serve as a digital Avenue for peace and integration as we approach the elections “  Joe Kariuki, the App founder, says

By purchasing a plate that matches their preferred candidate, they will be ‘casting’ an early vote for either Uhuru or Raila.

If you wish to VOTE for Uhuru Kenyatta, you need to buy a plate of Rice/Mukimo and beef and cabbage.

And to vote for Raila Odinga, a plate of Ugali, fish and sukuma wiki will seal the deal.

Each plate has been priced at only 100 bob.

We are going to let the good people of Kenya voice their opinion on the 2017 election by voting with food. Make your voice heard and determine who will ‘kula nyama’ and who will ‘meza mate’…” adds the Candy and Candy CEO.

Check out the app on Google Play Store and start voting, and enjoy a good meal in the process.

Revealed: Number of Shared Registration Documents in IEBC Records < Previous
Raila Odinga: NIS Registering Voters from Ethiopia and Uganda Next >
Recommended stories you may like: