“You Did Wrong! Repent Or You Will Not Win” – Gospel Musician Warns CORD Principals 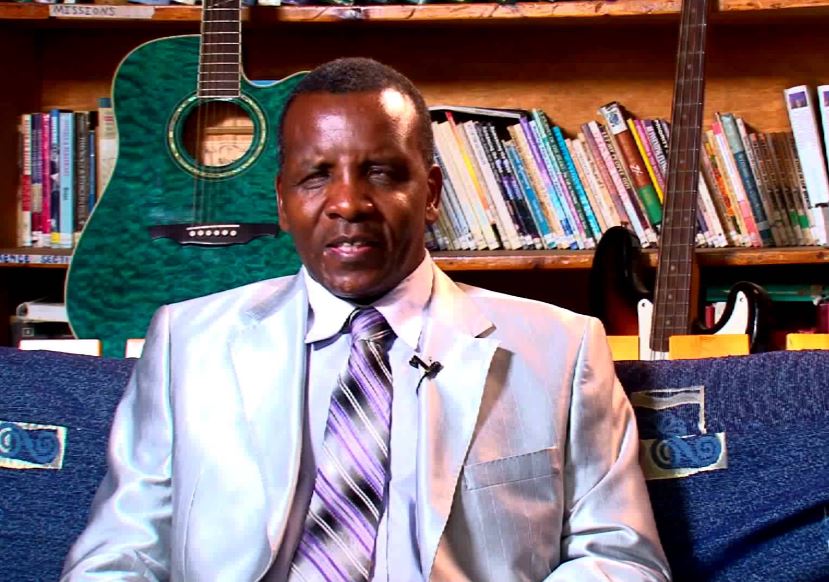 One of Kenya’s most revered and celebrated gospel musicians, Reuben Kigame has issued a stern warning to CORD principals, Raila Odinga, Moses Wetangula and Kalonzo Musyoka for ‘bulldozing’ the Prayer Beyond Boundaries Ministry prayer rally at Uhuru Park. 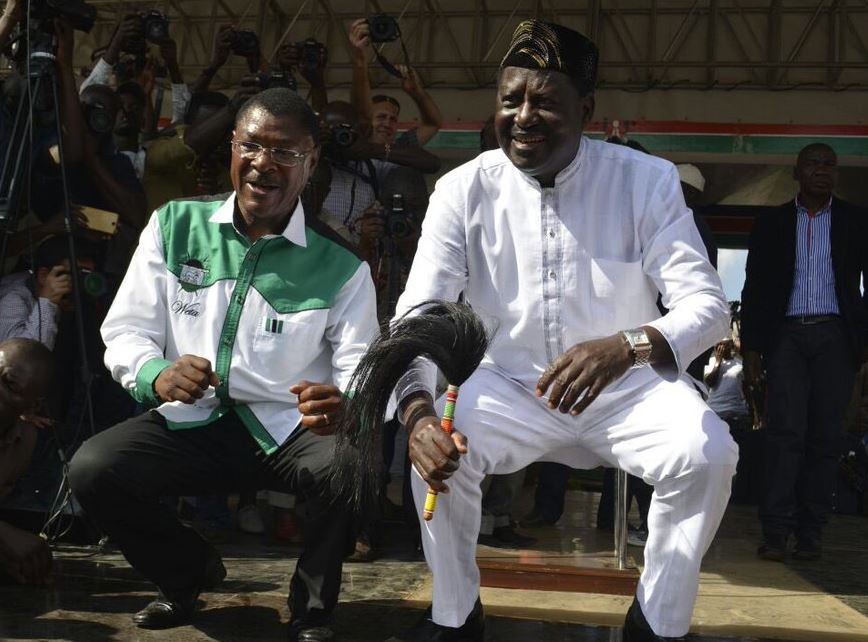 According to Reuben, the CORD leaders did wrong by belittling Reverend Lucy WaNgunjiri and her followers who wanted to talk to their Maker. He advises the politicians to repent and do something about it, failure to which they will be in a bad place.
This was his full warning on Facebook:
WARNING TO RAILA, KALONZO AND WETANGULA!!!
By Reuben Kigame
Kenya’s Opposition, CORD, may be feeling bolder, louder and more popular after yesterday’s Madaraka Day rally at Uhuru Park, but someone needs to warn them all that if you ever find yourself or your agenda pitted against the agenda of a people who wish to meet and pray to the Living God of the Bible, you need to immediately pull back and let God’s people talk to Almighty God. I assume that CORD has some religious people and leaders close to the decision-makers who should clearly advise Raila, Kalonzo and Wetangula on this. Kalonzo who has always evoked the Bible, Christ and prayer, should have warned his co-leaders, Raila and Wetangula, but clearly he did not. Raila who frequently quotes the Bible should know enough to have taken the warning of Mzee Gamaliel in the book of Acts to the effect that you should never find yourself fighting against God.

If the facts we have are true, i.e. that Mama Lucy Wa Ngunjiri and the Prayer Beyond Boundaries Ministry had booked Uhuru Park for a prayer rally, only to be bulldozed out by a political machine that feels invincible, unstoppable and untouchable, my warning is as was in the book of Daniel Chapter 5: “MeneMeneTekelUpharsin” (your rule has been put on the balance and found wanting). CORD: Don’t do that. You cannot belittle, despise or fight a people who want to talk to their Maker (and your Maker too) and win. My advice is simple: Repent and go back to the drawing board on this matter. You did wrong and if you don’t do something about it, you will be in a bad place. This warning is not just for you. It would also be for Uhuru and Ruto if they did anything like that. It is for anybody and everybody including me. Don’t fight prayer to Almighty God. You will not win! 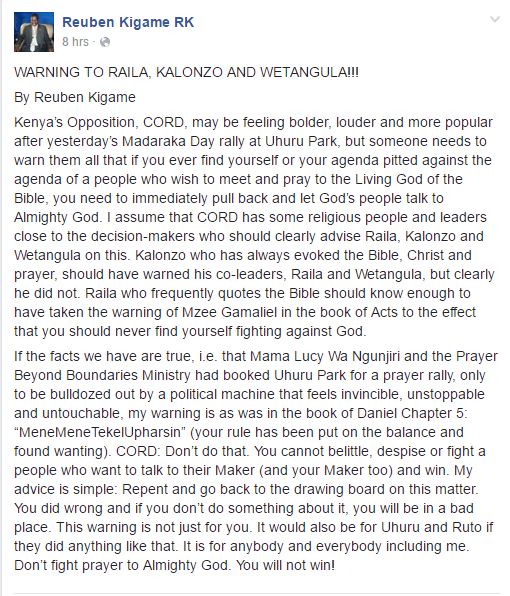 DISGUSTING!! Consumer Boils ‘Gold Crown’ Milk. What Happened Next Will Shock You < Previous
Top 15 Best Paid CEOs in the World Next >
Recommended stories you may like: