Uhuru Visited Mud Houses in Kiambu, and This Raila Die-hard Has a Message for the “Outgoing President”

On Saturday, President Uhuru Kenyatta was in Kiambu to launch the “Last Mile Connectivity Project”.
He toured Ndigu-ini village in Ndeiya to inspect the implementation of the project and visited homes that have just been supplied with electricity. 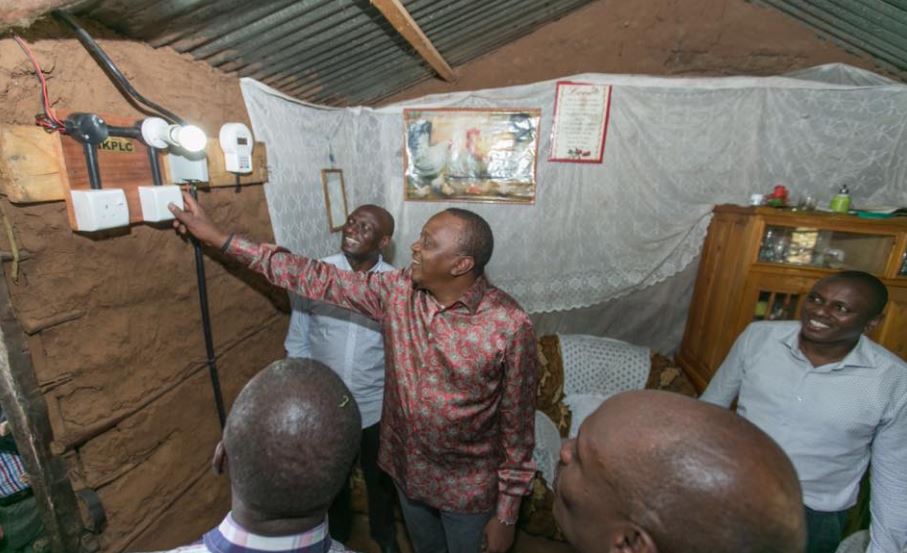 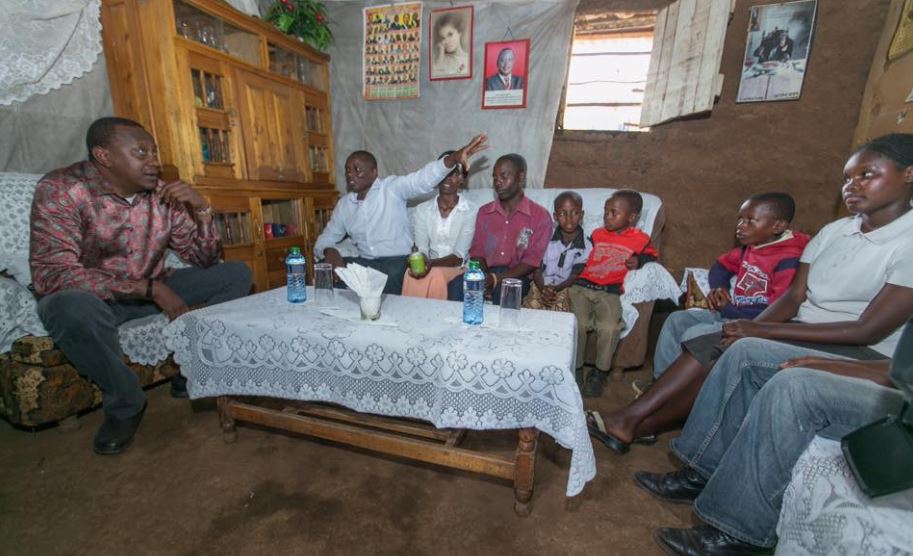 Photos of the President in a mud house were posted on his Facebook page, and one Phelix G-cord had something to say to the ‘outgoing president’.

Facebook is amok with some photos of Ouru visiting some mud houses in Kiambu. Alas.
Someone tell the outgoing president that “huko tulitoka kitambo sana” !
Raila visited such houses long ago when he was an ordinary MP. The day Raila got some small power in the infamous “nusu mkate” ; the son of Jaramogi offered solutions to the housing problems facing Kenyans not just in Kibera , but to all major slums in Nairobi.

All was going on well until the Mt Kenya mafia started sabotaging the slum upgrading project conceptualized by His Excellency Raila Amollo Odinga.
Against all odds and sabotage , the people’s president Raila Odinga managed to complete the first phase of several units for the benefit of our people.
Construction of the second and final phase shall officially resume in August 2017 , the date when Raila shall be sworn in the senior most citizen of this country.‪#‎UhuruMustFall‬
By the way , so kiambu kuna nyumba za matope ??? Hahaha sirikali sana !! 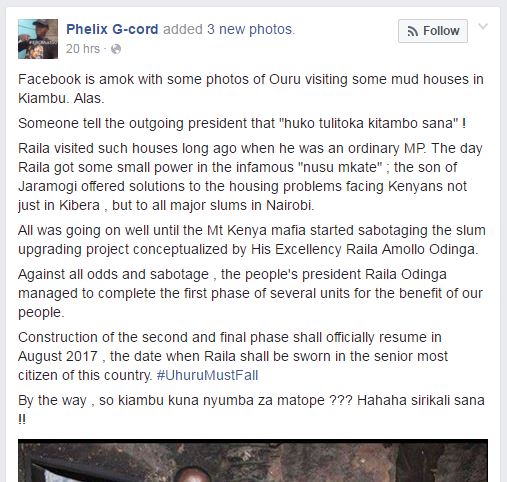 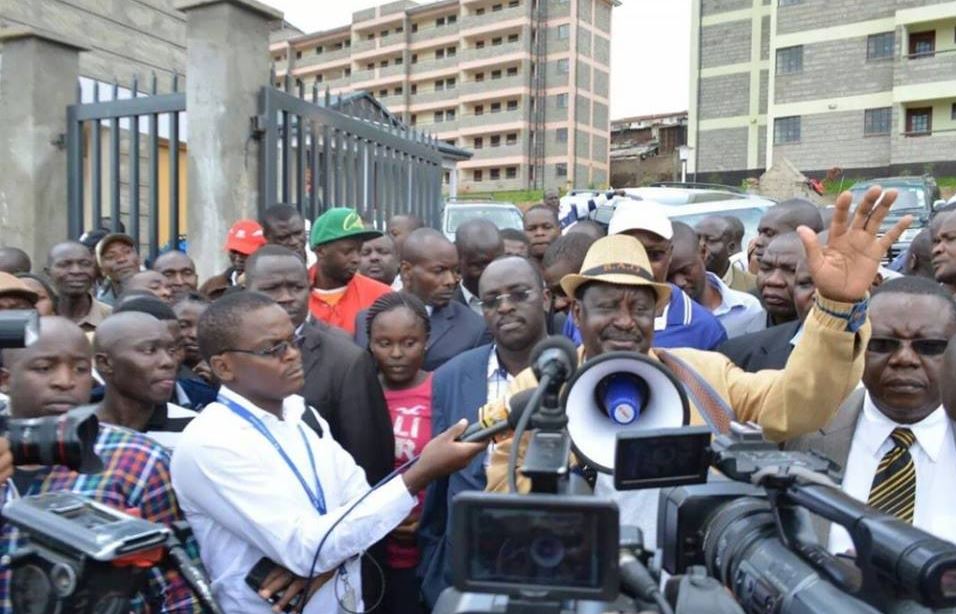 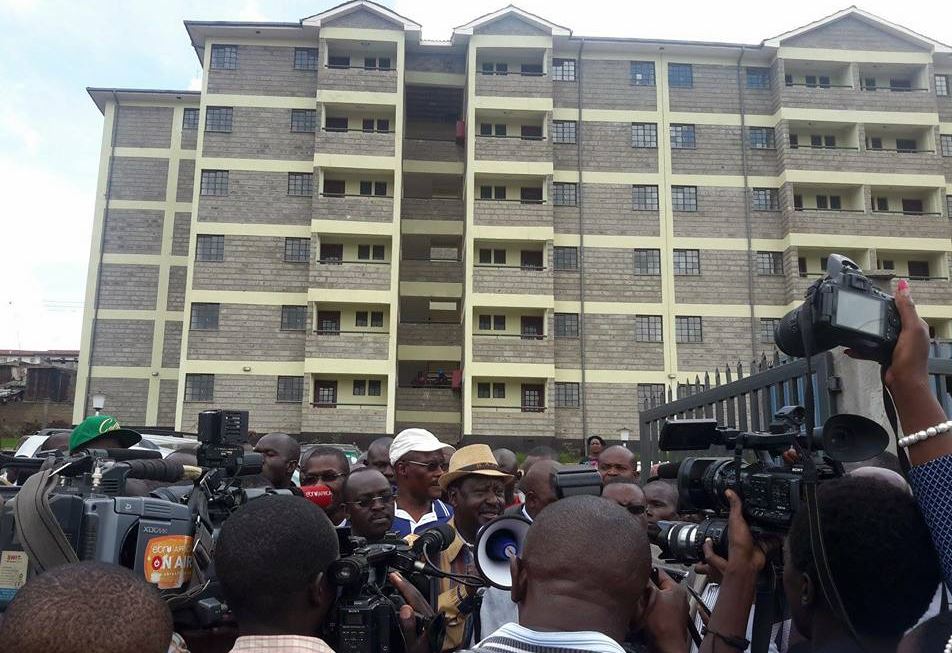 Are you satisfied with what Raila accomplished in Kibera?

POLL: Mohammed Ali Now Attending Cord’s Strategy Meetings. Should He Quit TV? < Previous
Wajir Man Who Stabbed Wife in The Face Sentenced to 20 Years in Prison Next >
Recommended stories you may like: