POLL: Who Do You Blame More for the Violence.. Cord or the Police? 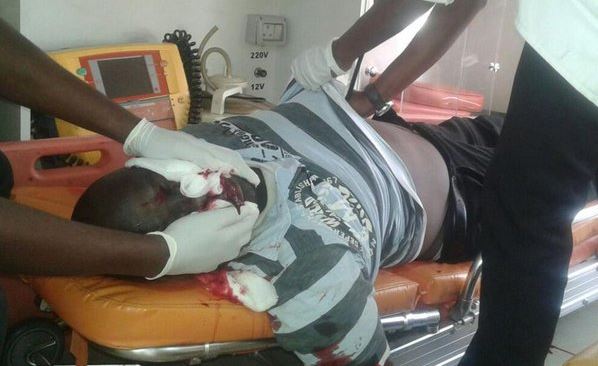 This blog has been openly against the series of demonstrations happening every Monday.
We still hold that their purpose is to disturb the peace yet all civil avenues have not been explored.
However, the police led by a Cabinet Secretary with a Moi-era mentality, have not made it any better. I fail to see the purpose of beating up protesters and using extreme force when dealing with the demonstrations.
I would want to see a situation where the police line up the street but do nothing, allowing the demonstrators to reach Anniversary Towers to do their thing.
If they go ahead and cause chaos unprovoked by the police, I believe every Kenyan will unite in condemning the protests. However, if they finish whatever they’ve planned and go home peacefully, the demos will not even attract half the media coverage they are attracting now.
Those making decisions to fire up tear gas canisters all over town are just a bunch of deluded men. Tear gas and running around town is what makes the protests attractive for these idle youths. The adrenaline rush brought about by running across town is enough to get the laziest man out of Kibera. Grown men don’t get a lot of play time, but when the police indulge them, it becomes catastrophic.
We always blame the rioters of having lesser intelligence, but it’s time for the police to be the bigger men.
Several protesters were reportedly shot in Kisumu yesterday. Even a class 8 drop out can tell Nkaissery and Uhuru that the protests will only get heated after this. Shoot one and two more will turn up for the demos next time. Unless you kill all of them.
Arrest politicians and their voice becomes louder. Nkaissery may be effective in putting the terrorists out, but he has lost the plot.
What do you think?

QUIZ: Are The Following Rumours True or False? < Previous
POLL: Should Joseph Nkaisserry Go Home? Next >
Recommended stories you may like: