Ndingehota! Politicians Should Keep off Sports.. These ones Had No Clue What Kenya 7s Had Just Won

What started with Kakamega Senator Boni Khalwale quickly escalated as other politicians tweeted to congratulate Kenya 7s for their victory in Singapore.

Khalwale thought they had won the Rugby World Cup, and for that he took a lot of stick from Kenyans on Twitter.

In a quickly deleted tweet, Kabogo also congratulated them for winning the world cup. 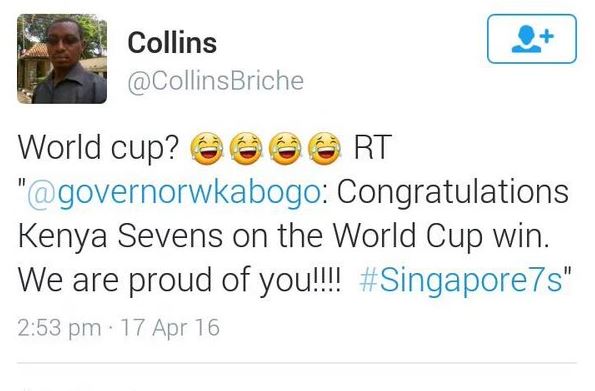 But it was Wetangula and Balala who delivered the final blow.

Balala had no idea what sport Kenya 7s are involved in, but he was leaning towards golf or tennis. #SingaporeOpens2016 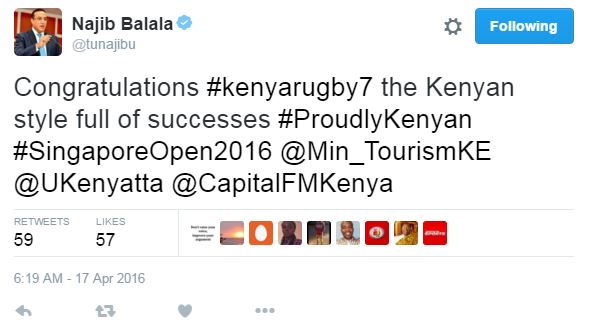 Being a politician is a full time job. So please just leave sports to the rest of us.

Loading...
Hilarious Posts by Kenyans on Social Media to Take Your Monday Blues Away < Previous
POLL: Was the Afraha Rally a Dance on the Graves of PEV Victims Next >
Recommended stories you may like: