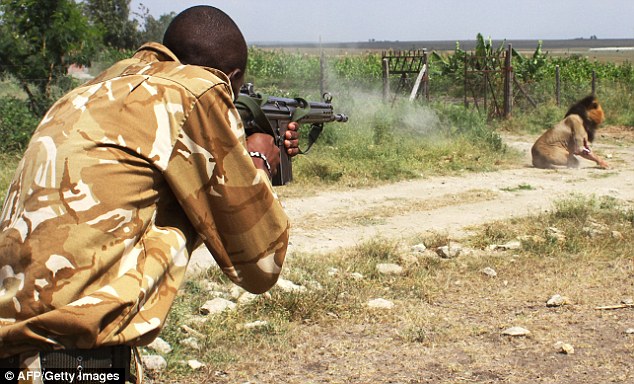 It was only a matter of time before the now regular escape of lions from the Nairobi National Park resulted into something nasty.
Yesterday, a lion from the park escaped to Isinya.
KWS were called in, but instead of using tranquilizers, they chose to finish off the king of the jungle. It had attacked a boda boda rider and the rangers said they did what was necessary to avert more human injuries or death.
This is the statement they released. 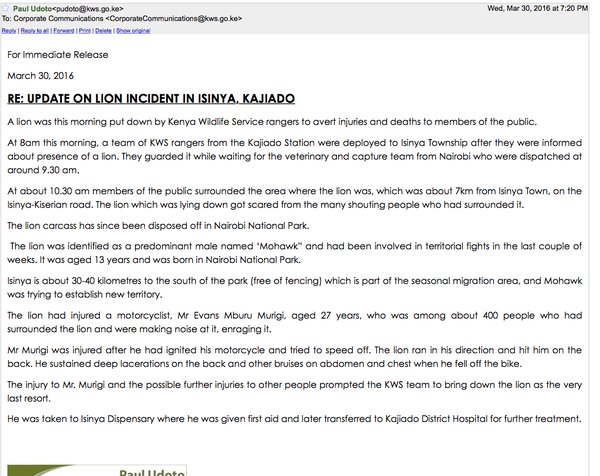 Watch all the action.

CREATIVE: Guy Re-imagines Kenyan Companies’ Logos Based on How We Feel About Them < Previous
Hilarious Meme Compilation (Thursday March 31) Next >
Recommended stories you may like: