Video of the Day: All of Steph Curry’s Record-Equaling 12 Three Pointers in One Game 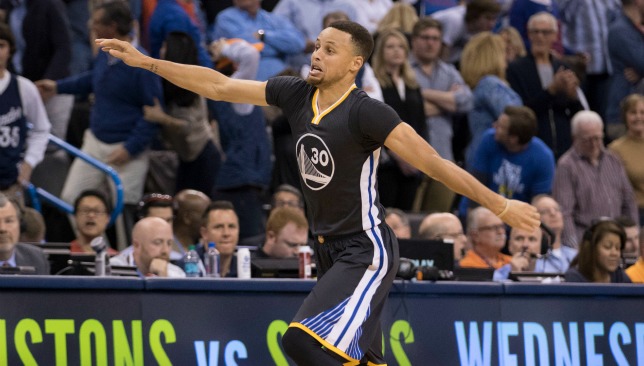 He has been described as the best three-point shooter the NBA has ever seen and Steph Curry certainly added great weight to that argument after he tied the league’s record with a memorable display for the Golden State Warriors.
Golden State Warriors star Stephen Curry netted his 12th three-pointer, with 0.6 seconds left on the overtime clock, to equal an NBA record and secure a dramatic 121-118 comeback success for his side against Oklahoma City Thunder at the Chesapeake Arena. (Sport360.c0m)
Our video of the day.
NBA – Stephen Curry Nails 12 Treys! | Facebook