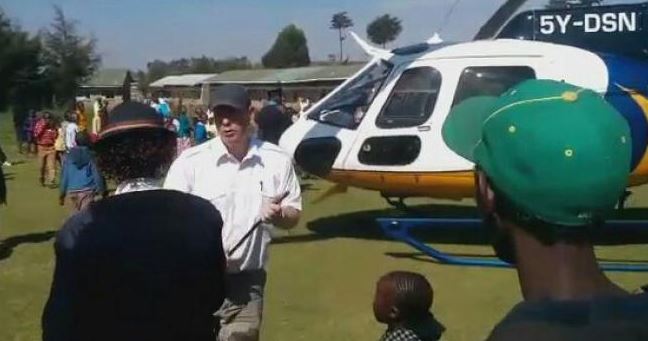 Alistair Patrick Llewelyn, the pilot who was caught on video physically assaulting a female police officer in Nyandarua has had his services terminated.
Kwae Island Development Limited, the company that operates the chopper yesterday released a statement saying they had subcontracted his services on the material day, and they have since terminated the agreement.
“Kwae Island Development Limited (“KIDL”) operates the helicopter 5Y-DSN.
KIDL had subcontracted the services of a pilot Mr. Alistair Patrick Llewelyn of Saker Resource Management Limited to pilot 5Y-DSN on 20/02/2016.” reads the statement.
KIDL respects all the service men and women of the Kenya police and abhors the actions of Alistair Llewelyn.
KIDL has since terminated the agreement between itself and Alistair Llewelyn and Saker Resource Management Limited.” it concludes. 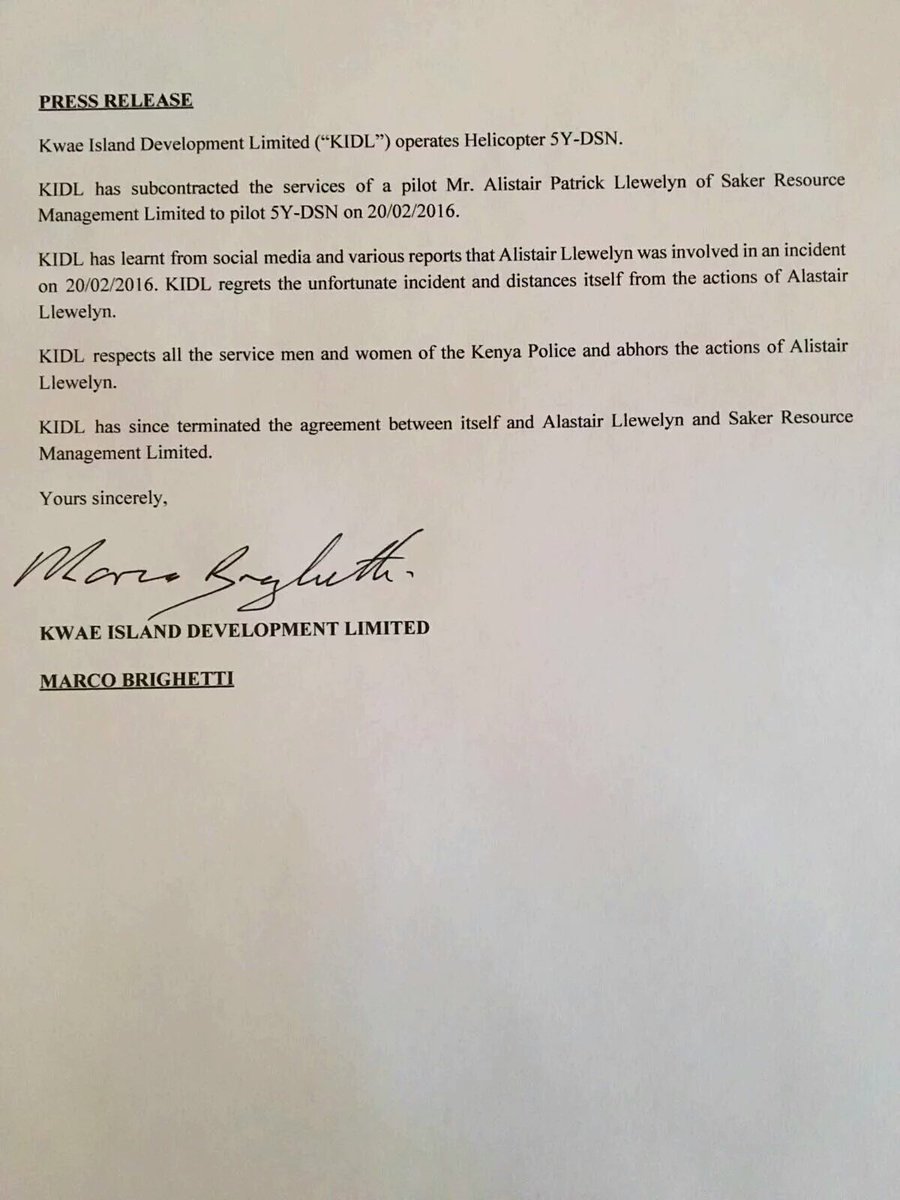 Inspector General Joseph Boinnet had ordered Mr. Alistair to surrender himself to the nearest police station, which he did at Kilimani Police Station, before being transferred to Nyandarua.

PHOTOS – Disgraced ‘Ruto’s Pilot’ Taken To Nyandarua as Probe Starts < Previous
VIDEO: 106 Year Old Woman Dances with Joy After Meeting Obama at the White House Next >
Recommended stories you may like: