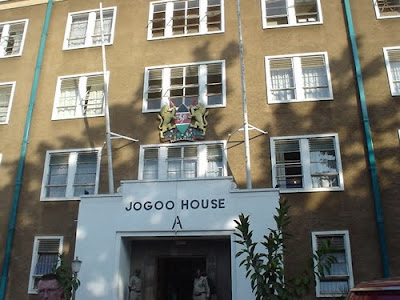 President Uhuru Kenyatta is set to have an office at Jogoo House B, the Star is reporting. The office will be just next to that of the Inspector General David Kimaiyo, and it is believed the country’s security chiefs convinced the president to set up the new office in town.

After his inauguration, President Kenyatta decided to operate purely from State House, leaving Harambee House for Cabinet Affairs, under Secretary to the Cabinet Francis Kimemia.
His predecessor Mwai Kibaki was on the contrary a regular at Harambee House, despite having another office at State House.

According to the paper, the new office is already furnished and may soon start being used as an “operation centre.”

This news is definitely not welcome to Nairobians, as it only means one thing… worse traffic jams as the president makes his way to the CBD.