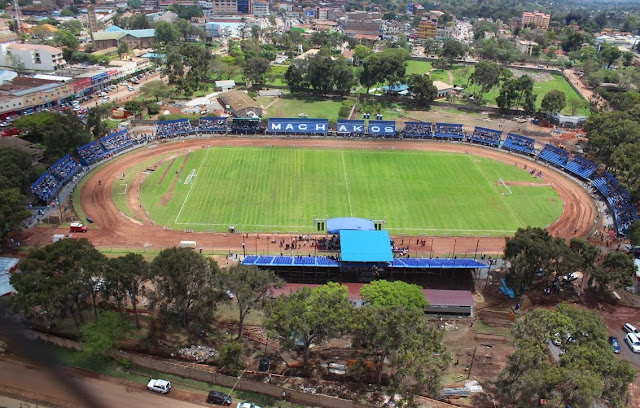 You must have seen those aerial photos of Machakos’ Kenyatta Stadium. Governor Alfred Mutua share the pics on his social media pages, and some people might have asked why spend a lot of money to hire a chopper just to get some pictures.

Today we can reveal that the photos were not taken from a helicopter, but a drone. During the official opening of the stadium on Saturday, the same drone was seen flying over the stadium, probably looking for the best shots.
It is not clear who was operating it, and whether Machakos County government owns it.

The one used in Machakos appears to be a DJI Phantom GPS Drone. It can fly for a little over 15 minutes before recharge. It has a flying range of about 300 metres.

The best part however is that it has an autopilot system. You can send it out and it will come back and land at the same spot using GPS coordinates, without you controlling it.

The Stunning Pinky Ghelani To Officiate At The Search Of Nairobi’s Hottest Girls < Previous
The Greatest Quotes From Zlatan Ibrahimovic – Hilarious Next >
Recommended stories you may like: