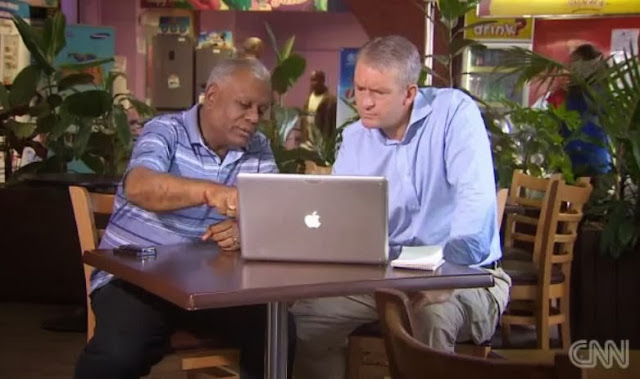 CNN yesterday interviewed Nakumatt managing director, Atul Shah, on the looting claims.
Atul could not confirm or deny anything, saying that it would be almost impossible, considering that the whole Nakumatt at Westgate was burnt to ashes.

Mr. Atul said he cannot tell what the soldiers were picking up at their customer service desk. He however raised questions after a video of a soldier entering a cash exchange booth was showed to him.


The MD gave his account of what he witnessed when he finally went inside his store. He said he saw cash tills forcibly opened, with no money inside.
The army has told him nothing yet.