‘Michael Scofield’ Attempted Suicide Before Coming Out As Gay 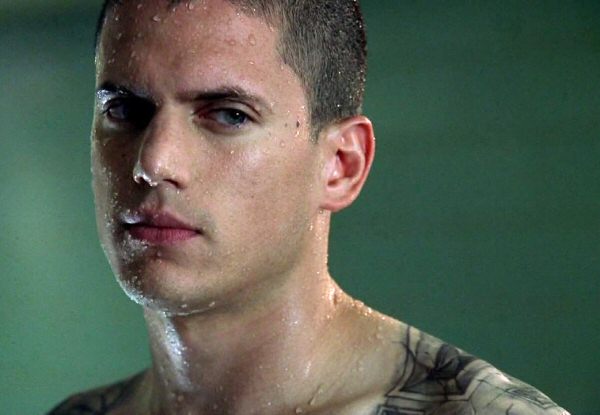 After publicly announcing he is a gay man, “Prison Break” star Wentworth Miller is opening up about the personal demons he faced before coming out, including a suicide attempt when he was just a teenager.
The 41-year-old actor was a special guest at the Human Rights Campaign Seattle Gala on Saturday, Sept. 7. At the podium, Miller discussed his closeted past, revealing he first attempted suicide at just 15 years old.
He said in a video from the event, obtained by TMZ:

Growing up I was a target. Speaking the right way, standing the right way, holding your wrist the right way. Every day was a test and there were a thousand ways to fail, a thousand ways to betray yourself, to not live up to someone else’s standards of what was accepted, of what was normal. … The first time I tried to kill myself I was 15. I waited until my family went away for the weekend and I was alone in the house, and I swallowed a bottle of pills. I don’t remember what happened over the next couple of days, but I’m pretty sure come Monday morning I was on the bus back to school, pretending everything was fine. And when someone asks me if that was a cry for help, I’d say, ‘No.’ You only cry for help if you believe there’s help to cry for. And I didn’t need it, I wanted out.

He went on to say that, after becoming famous for his role in the hit Fox series, he had multiple opportunities to come out, but he chose not to “because when I thought about the possibility about coming out, and about how that might impact me and the career I worked so hard for, I was filled with fear.”
Gay rumors surrounded the action star for years. He dismissed the gossip in 2007, telling German InStyle that he wanted to have a girlfriend and a family someday, but that he had not “met the right one” yet.
But Miller decided to come out as gay last month in a letter declining an invitation to attend the St. Petersburg International Film Festival. He rejected the offer due to the country’s anti-gay laws, reasoning that he cannot participate in a celebratory event in a place where “people like myself are being systematically denied their basic right to live and love openly.”
After coming out, Miller was praised by his peers, including his former “Prison Break” co-stars and “White Collar” actor Matt Bomer.
– Huff Post

VIDEO – Shebesh Husband Calls Kidero a Coward and a Liar < Previous
Embarrassment For Sunderland As Reserve Team Defeats First Team In a Friendly Match Next >
Recommended stories you may like: