CIA Confirms That ‘Area 51’ Exists, But Says No UFOs 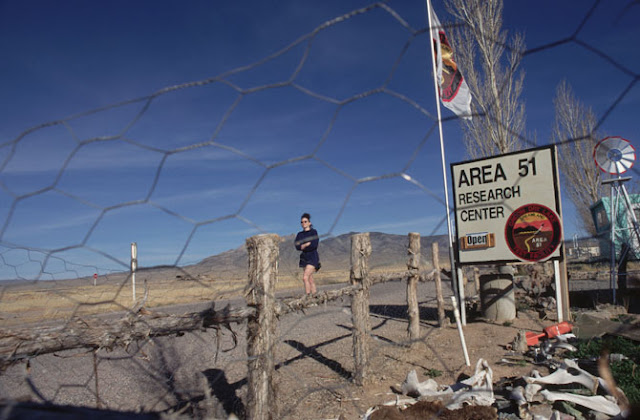 A newly declassified CIA document confirms the existence of famed Area 51 in Nevada, but conspiracy theorists will be disappointed the spy agency offers no proof of alien spaceship landings in the desert.
Area 51 has long been fodder for science fiction films and wild UFO tales claiming the US government imposed secrecy over the site northwest of Las Vegas to cover up evidence of extra-terrestrials touching down on Earth.
Instead of encounters with flying saucers, the documents released by the Central Intelligence Agency on Thursday recount a less sensational history of Area 51 — as a testing range for the government’s U-2 spy plane during the Cold War.

The CIA in-house history makes no mention of the legendary “Roswell incident,” when a weather balloon crashed in New Mexico in 1947. UFO true believers allege it was an alien spacecraft that went down, and that Area 51’s hangars had hidden evidence of extra-terrestrial corpses.
But according to the CIA, the government secrecy surrounding Area 51 was not about Martians but about hiding a new spy plane from the Soviets.
The U-2 reconnaissance aircraft was designed to snoop on the Soviet Union at high-altitude, and its development was top-secret.

In April 1955, the CIA chose a remote dry lakebed in the Nevada desert as a testing ground, which was designated on maps as Area 51.
Test flights for the U-2 aircraft were conducted at a much higher altitude than commercial airliners or other military planes.

In the 1950s, commercial planes flew at between 10,000 and 20,000 feet and warplanes such as B-47 reached altitudes of less than 40,000 feet.
The U-2 planes flew at above 60,000 feet, and reports of unidentified flying objects in the Nevada desert started to roll in, the report said.
“High altitude testing of the U-2 soon led to an unexpected side effect — a tremendous increase in reports of unidentified flying objects (UFOs),” it said.
The reports of UFOs often came from pilots from commercial airliners in the early evening hours, with the U-2 plane’s silver wings reflecting the rays of the sun.