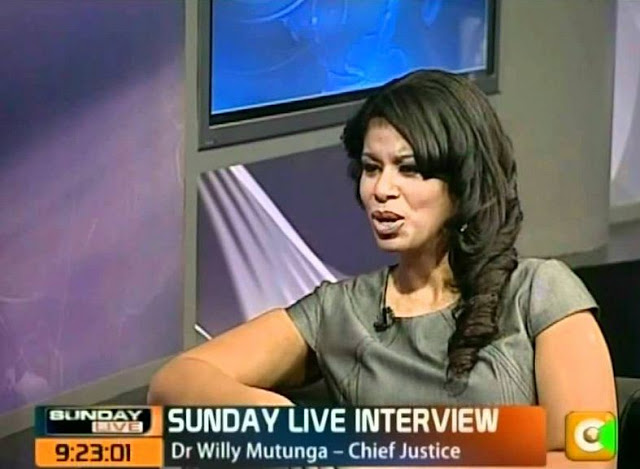 After taking a three month break, popular TV presenter Julie Gichuru is set to return to Sunday Live on Citizen TV.
In March this year, Julie announced on her show that she would be taking a short break, but most people believed she was joining K24, which was then at the height of poaching Royal Media’s talents.
That however did not materialize, as she went on to host the show Africa Leadership Dialogue.

Janet Mbugua has been hosting the show since, and she’s set to hand over to Julie on 14th July. It is not clear what role Janet will take up, but it’s thought she’ll be redeployed to the weekdays news bulletin. There are reports that the station is planning to pair her with hussein Mohammed for a whole new show.

The station has been preparing Kenyans of Julie’s return through some promos, and so has the acclaimed presenter on her Twitter handle.

Thank you so much for the lovely tweets on my return to #SundayLive on14th July, looking forward to it 😀 @CitizenTVNews @citizentvkenya
— Julie Gichuru (@juliegichuru) July 1, 2013