Is Britain’s Miraa Ban One of The Famous ‘Consequences’ ? 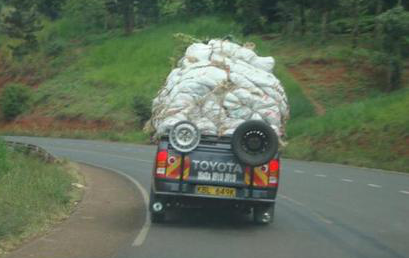 Britain has announced plans to ban herbal stimulant Miraa. Home Secretary Theresa May’s announcement will definitely have an impact on local farmers, mostly from upper Eastern.
Others to be affected are packers and transporters.

Britain follows the footsteps of other European countries, which have in recent years banned the drug. Netherlands banned it earlier this year.
Miraa is also illegal in the US and Canada.

UK is currently the largest international market for Kenya’s Miraa, taking up 30 tons of the crop weekly.

Though plans to ban the crop in the UK had been ongoing even before our elections, some people are seeing this as one of the foretold consequences, as a result of electing President Uhuru and his deputy William Ruto.
One Kenyan, Ndauwo, wrote this on a social networking site.

Any Kenyan who knows anything, knows that the British will never stop trying until they can plant a stooge in Kenyas state house. They will use any means necessary.
These are the facts:
1. Miraa exported to the UK is grown in Meru areas of Kenya
2. Consumers of Miraa in UK are mainly the Somali who have no political power.
3. Miraa is not a dangerous product to consume.
4. Meru is a political stronghold of President Uhuru Kenyatta.
5. The British government will not suffer any opposition because white British do not consume miraa.
6. They chose 2013 and not 2003 or 1993.

Whereas some are reading mischief on the part of the UK government, others had this to say to twitter, via the hashtag #MiraaWasBannedBecause

#MiraaWasBannedBecause it gives the English Men the Meru accent”

#MiraaWasBannedBecause the UK cant have Toyota pickup trucks driving faster than Lamborghinis and bugattis on their lanes.

Photos of Jeff Koinange’s Beautiful Wife Shaila < Previous
Photos – Churchill Show Recording For Twins Next >
Recommended stories you may like: