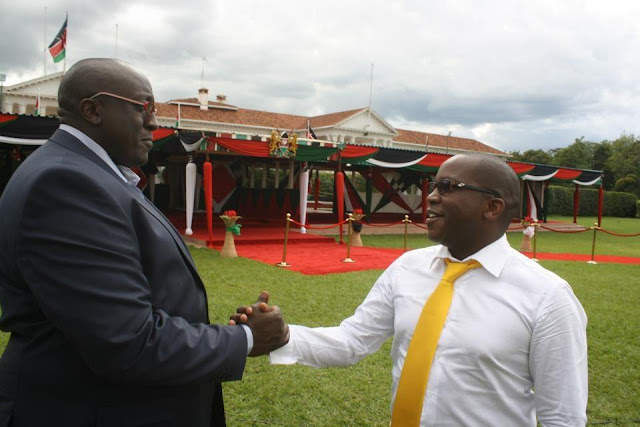 After serving TNA and Jubilee faithfully as the official campaign MC, President Uhuru has rewarded Big Ted with a big state appointment.
The events organizer is now the Deputy Director, State Branding and Events.

It is not clear whether he is taking over Sammy Lui’s role as the official state MC, but their titles are somewhat similar.
The veteran Sammy Lui was the Senior Deputy Secretary, State Functions.