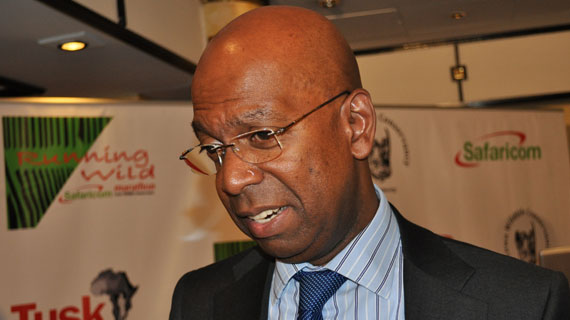 After businessman Chris Kirubi snubbed Obama, another high profile person has followed suit. Safaricom CEO Bob Collymore has also refused to attend a meeting with Obama in Dar-es-salaam next week.

Bob made the announcement on Twitter, in response to his friend Chris Kirubi, who sought to know his opinion on his earlier snub.

Bob then informed him that he had also done the same.

@CKirubi @alykhansatchu I have already declined an invitation to Dar next Monday.
— Bob Collymore (@bobcollymore) June 25, 2013

Obama will tour three African states; Senegal, South Africa and Tanzania from June 26 to July 3.. Kenya’s chief justice and 10 of his counterparts from other African countries will meet him in Senegal.

Jamaican Artist Cecile Was in Kenya on Monday < Previous
15 Stunning Photos of Sarah Hassan (Tanya – Tahidi High) Next >
Recommended stories you may like: