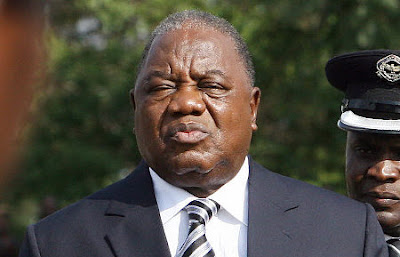 LUSAKA, Apr 9 – Zambian authorities on Tuesday stopped ex-president Rupiah Banda from leaving the country to attend the swearing-in ceremony of Kenya’s new president, an aide and his lawyer said.

Banda, who is facing corruption charges, was turned around at Lusaka international airport by immigration officials citing orders from “higher up,” aide Kennedy Limwanya told AFP.
“As I am speaking to you now, we are heading back home from the airport.”
Banda was recently stripped of his presidential immunity and hit with a slew of graft charges, in what allies say is an attempt by his successor as president, Michael Sata, to neutralise political opposition.
Lawyer Robert Amsterdam said a court order had cleared Banda to travel to Kenya for Uhuru Kenyatta’s swearing in.
Banda’s passport, which was in the custody of the courts as part of his bail conditions, was returned to him late on Monday afternoon.
That, his aide said, left Tuesday as the only option to travel, when Kenyatta was already being sworn in.

“The court ordered yesterday that the passport be released and allow the old man to travel,” said Limwanya.
“We got to the airport, we did all the formalities … and suddenly an immigration officer told us that he has instruction from above not to allow the old man travel.”

Banda, who ruled Zambia from 2008 to 2011, is accused of benefiting from a Nigerian crude oil contract while in office.
He has denied the charges in the case he says is politically-motivated.
He is due back in court later this month after the trial failed to kick off twice in recent days.
The former head of state was arrested after lawmakers last month lifted his immunity from prosecution, which he is fighting in a separate court battle.
AFP