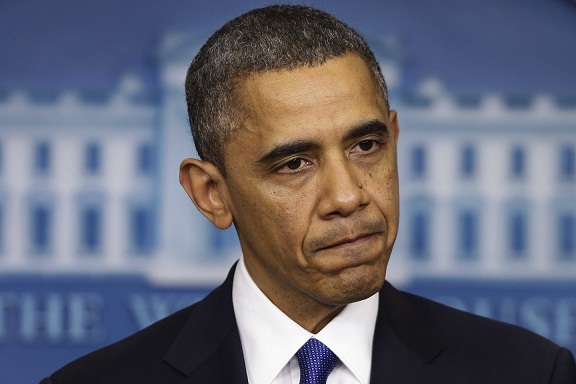 (Reuters) – A letter addressed to President Barack Obama contained a substance that preliminarily tested positive for the deadly poison ricin, authorities said on Wednesday.
News that the letter to Obama was being investigated came as a flurry of other reports of suspicious letters and a package caused the evacuation of parts of two Senate buildings and set nerves in Washington on edge.
The letter contained “a granular substance that preliminarily tested positive for ricin,” an FBI statement said. But the statement added: “There is no indication of a connection to the attack in Boston,” where three people were killed in bombings at the Boston Marathon on Monday.

The Secret Service said the letter to Obama was received at a mail screening facility on Tuesday.
The mail facility that received the letter was not located near the White House itself, Secret Service spokesman Edwin Donovan said in a statement.
“The Secret Service is working closely with the U.S. Capitol Police and the FBI in this investigation,” Donovan said.
Parts of the Russell and Hart Senate office buildings were cleared while officials investigated suspicious letters and a package, a Capitol Police spokesman said.
CNN read a statement from a spokesman to Senator Richard Shelby, saying that Capitol Police were investigating a suspicious package that had been delivered to their office.

Senator Carl Levin said one of his Michigan regional offices had received a suspicious-looking letter, but it was not opened. Authorities are investigating, Levin said in a statement.
On Tuesday U.S. authorities intercepted a letter sent to Mississippi Senator Roger Wicker that preliminary tests showed contained the deadly poison ricin.

Caroline Mutoko Urges Uhuru Kenyatta To Shelve The Laptop Plan < Previous
Mr. President, Laptops are Not a Priority (Infographic) Next >
Recommended stories you may like: